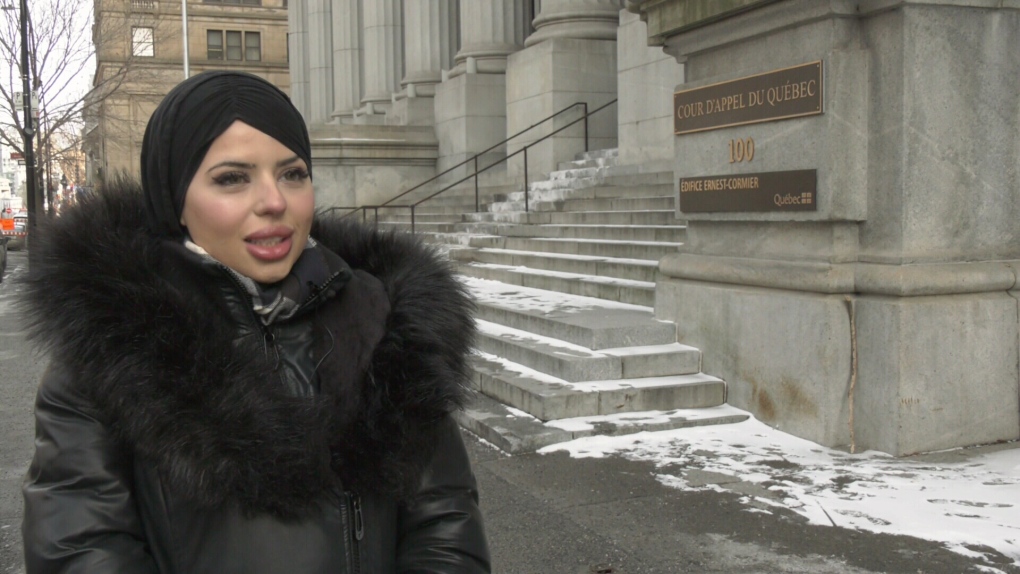 Nour Farhat is a Montreal lawyer who hoped to be a Crown prosecutor in Quebec.

MONTREAL -- A Muslim lawyer in Montreal with great career aspirations says she's hit an insurmountable roadblock because of prejudice against her religion.

Nour Farhat is a practicing lawyer and wants to become a Crown prosecutor.

"The public services in Quebec are not as diversified as they should be, so this is why it was important for me to be a part of this and to have my voice heard in this system," she said.

Farhat says her dream was shattered due to Bill 21, Quebec's secularism law.

The latest challenge to the law has failed: the Court of Appeal ruled on Thursday against a request to suspend its central elements.

"When Bill 21 became a law, it was not only certain for me and people that look like me that those jobs are not available for us anymore, but it was a violation of human rights in Quebec," said Farhat.

The Appeals Court ruling handed a devastating blow to those fighting against it.

"I find it hard to believe we have a law on the books that goes after people based on how they practice their religion," said Noa Mendelsohn Aviv, equality program director at the Canadian Civil Liberties Association.

In their ruling, all three judges acknowledged the law is causing harm that may be serious and irreparable to some of those affected. While the case raises serious issues with the Canadian Constitution, as well as the Quebec Charter of Rights and Freedoms, they say it isn't clear that the law is not also in the public interest. The court only orders a stay in clear cases.

Farhat and others plan to continue the fight to overturn the religious symbols ban.

The Quebec Superior Court will hear the challenge against the law in October 2020 at the earliest.