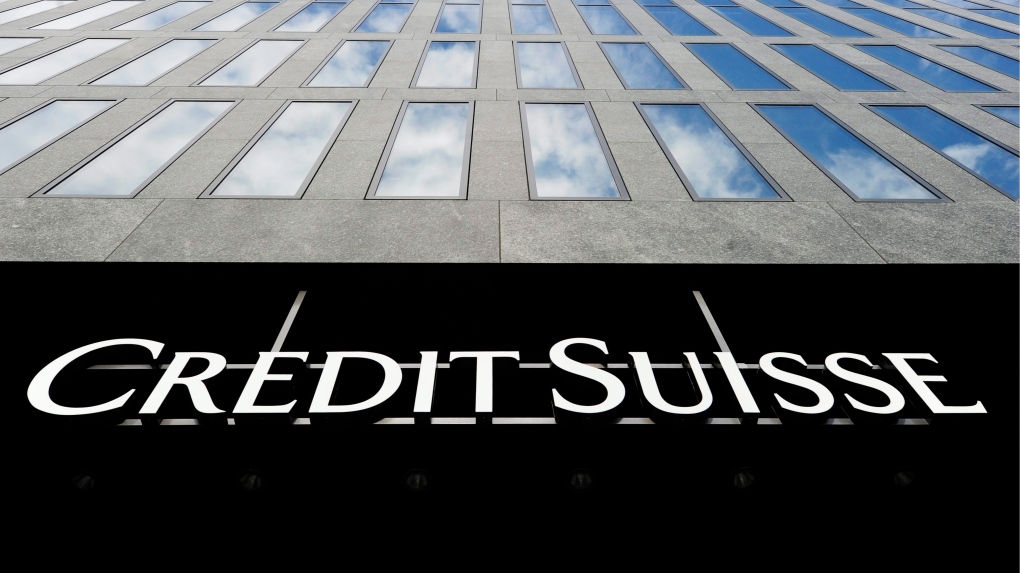 MONTREAL -- Brendan Holt Dunn says he wanted to invoke the legacy of his great-great-grandfather, pioneering Quebec industrialist Sir Herbert Holt, in the name of his Montreal-based venture capital fund.

Now, he may have to go to court to keep the name.

His fund, The Holt Xchange, which invests in early stage financial technology startups, is being sued by international bank Credit Suisse for trademark violation.

In a statement of claimed filed last year with Federal Court in Edmonton, Credit Suisse subsidiary CSFB HOLT says it owns the right to use the brand "HOLT" when offering financial goods and services in Canada and that the branding and offerings of the Montreal venture capital fund -- known as the Holt Accelerator when the lawsuit was filed -- is too similar.

The bank, which is seeking at least $100,000 in damages, argues that similarity "will cause confusion amongst Canadian consumers" and reduce the value and reputation of its trademark.

Dunn says he doesn't think there's a risk of confusion.

"We're in different areas, the financial sector as a whole is very broad," he said, adding that he'd never heard of Credit Suisse's HOLT brand before being sued. "I think what they're worried about is that our name, our family's name is better known than them in Canada. There is absolutely no overlap."

Elisabeth Laett, managing partner at The Holt Xchange, says the decision to use the Holt family name when the fund launched in 2018 was a reference to the history of Montreal's financial sector and the fund's ambitions to help make Quebec a hub for a new generation of financial technology companies.

"We were the financial hub of Canada, in Montreal, at one point," she said.

When Herbert Holt died in 1941, he was described as the richest man in Canada. A railway engineer who helped build the Canadian Pacific Railway, he was knighted for his work planning railways in France during the First World War.

He later consolidated several power companies in the Montreal area, which would eventually be expropriated to create Hydro-Quebec, and was president of the Royal Bank of Canada from 1908 to 1934.

Holt was also a controversial figure in Montreal at a time when many French-speaking Quebecers resented the city's English-speaking business elite.

In court filings, The Holt Xchange maintains the Holt name has been used by generations of family members when offering financial goods and services in Canada. It has also filed a counter claim seeking to have Credit Suisse's HOLT trademark struck down.

Credit Suisse's HOLT brand comes from the name of a United States-based financial consulting firm acquired by the bank in 2002 and is an acronym based on the letters of the last names of consulting company's founders.

The bank, which filed an application to register the "HOLT" trademark in Canada in 2006, sells software used to value companies, as well as offering consulting services and investment products under the HOLT name.

Whether consumers would interpret "Holt" in the name of the Montreal venture capital fund as a reference to the Holt family is one of the issues being disputed in court filings.

Teresa Scassa, the Canada Research chair in information law and policy at the University of Ottawa's law faculty says the courts look at several factors when evaluating the possibility of confusion in trademark cases "including how long each name or mark has been in use and how similar the goods and services goods or services are and the way in which they're marketed or sold."

While the Trademarks Act allows people to use their own names as trade names, she says that defence has "been interpreted fairly narrowly."

Credit Suisse spokesman Jonathan Schwarzberg declined to comment on the case, saying the bank can't say anything publicly beyond what's in court filings. No trial date has been set.

Dunn says the fund entered into negotiations with Credit Suisse after the lawsuit was filed and changed its name from Holt Fintech Accelerator to The Holt Xchange in the spring, a move he said he thought would satisfy the bank.

He notes there are other companies using the name Holt.

"I don't understand it," he said. "It's insulting and we're obviously feeling like we're being bullied. We're a very successful family, but no family in the world can go up against a financial institution."

Laett says the Montreal fund has built an international brand around its name, attracting interest from startups from around the world.

"We've received roughly 3,000 applications to be part of Holt," she said. "There is a tremendous momentum."

Dunn says he's not open to dropping "Holt" from the company's name.

"It is my personal name and my family's name and our family's history and reputation in Canada," he said.

-- This story was produced with the financial assistance of the Facebook and Canadian Press News Fellowship.