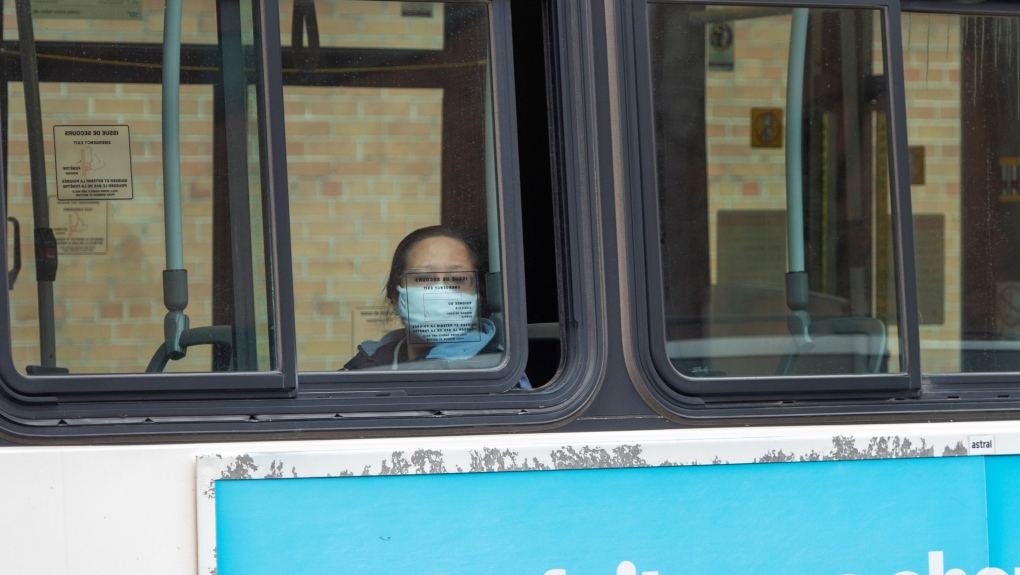 A passenger wears a facemask on a bus Friday in Montreal. THE CANADIAN PRESS/Ryan Remiorz

MONTREAL -- The City of Montreal said Thursday that STM discounts for people 65 and older will increase to 70 per cent of the regular fare beginning July 1.

This means a single trip will cost people 65 and older $1.05. The current fare for seniors is now $2.50. The city said the discount applies to OPUS card holders with a photo.

The increase was previously announced in the city’s fall budget.

"Last November, when we announced our desire to provide seniors with access to the public transit system at a lower cost, we had in mind to help them resume their post-pandemic lives,” Mayor Valerie Plante said in a news release issued Thursday.

“I have always believed in the impact of fairer pricing measures in public transit, and today is a first step in the right direction," said Plante.

The discount applies to monthly, 4-month, weekly and 10-trip passes, as well as to single and two-trip passes.