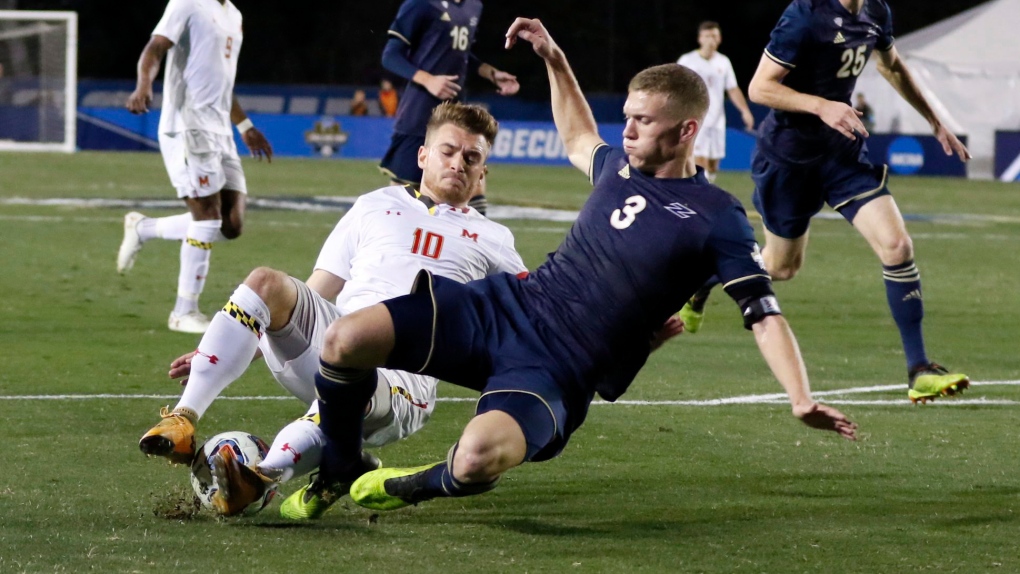 University of Maryland's Amar Sejdic (10) and Akron's Cario Ritaccio collide as they go for the ball during the 2018 NCAA College Cup, Sunday, Dec. 9, 2018. (AP Photo/Daniel Dreifuss)

The Montreal Impact has signed midfielder Amar Sejdic to a one-year contract with three option years.

The University of Maryland product was selected 34th overall in the 2019 MLS SuperDraft on Jan. 11.

Sejdic scored the lone goal in the NCAA championship last December, cashing in on a penalty in Maryland's 1-0 win over Akron. He was then named the College Cup most valuable player.

"His overall potential and the state of mind he demonstrated during camp convinced me that he could help the group reach its objectives," Impact head coach Remi Garde said in a statement. "Our challenge now is to help him progress from a university level to the growing demands of MLS."

The Impact return to action Saturday on the road against Sporting Kansas City.