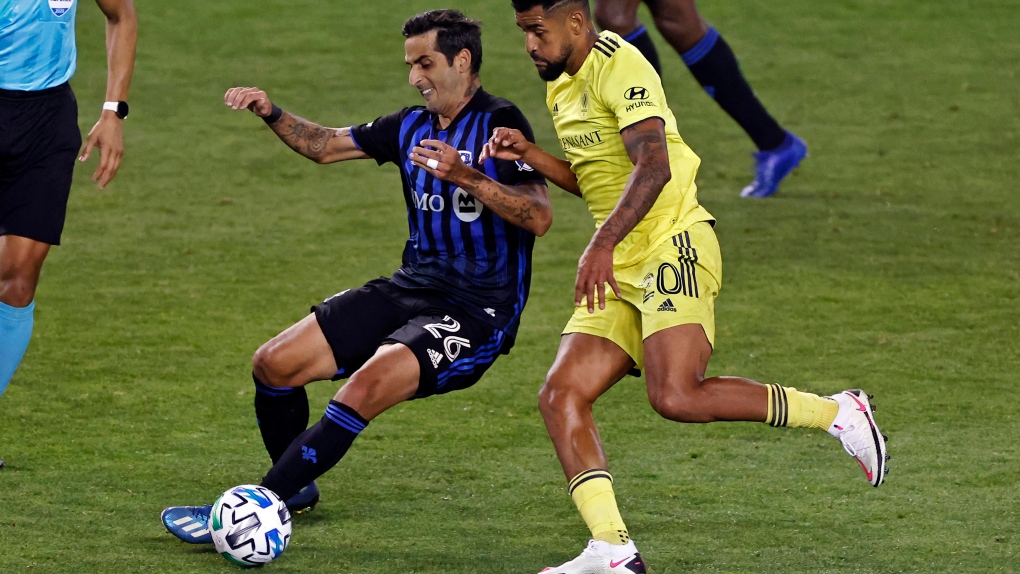 MONTREAL -- The Montreal Impact continued to stand still in its quest to qualify for the MLS playoffs, losing 1-0 to Nashville SC on Tuesday night at the Red Bull Arena.

Randall Leal, in the 33rd minute, scored the only goal of the game, which put Nashville (7-6-7) up to seventh in the Eastern Conference with 28 points.

Faced with a rival who has conceded only 18 goals this season, the Impact was shut out for a third time in 2020, a first since August 28 against Toronto. The Montreal team scored at least one goal in its last 13 games.

Following this seventh setback in its last 10 outings, the Impact (7-12-2) remains in ninth place in the East with 23 points, two more than Inter Miami and the Chicago Fire.

Both teams will have the opportunity to pass the Impact on Wednesday night as Miami will face Dallas while Chicago will battle the Philadelphia Union.

The Impact will be back at the Red Bull Arena on Sunday night for a duel that promises to be awkward against Orlando City, fourth in the Eastern Conference and already guaranteed to take part in the playoffs.