Montreal Impact look to snap skid as they travel to Columbus 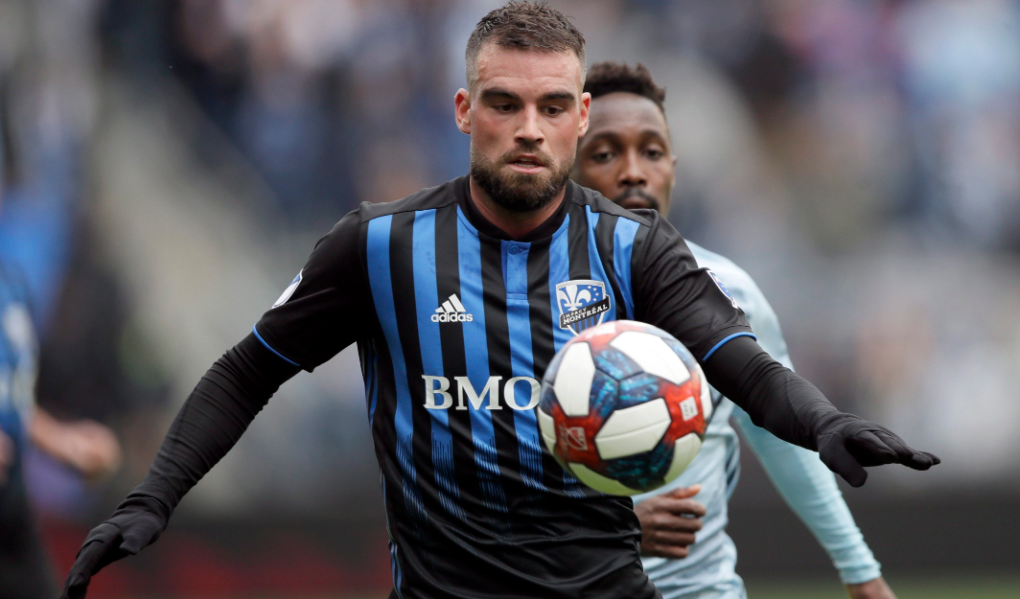 The Montreal Impact are well aware they risk spoiling their strong start to the season if their current losing skid continues.

Looking to stay afloat in the playoff race in the Eastern Conference, Montreal (9-10-3) hopes to end its three-game losing streak on Saturday when the Impact travel to Ohio to face the basement-dwelling Columbus Crew SC (5-14-3).

The Impact were second in the East for most of June but have since slipped into fifth place. Sixth-place Toronto FC (one game in hand) and seventh-place New York City FC (four games in hand) are one point behind Montreal.

"We need the three points because the three losses are not good for us," said striker Maximiliano Urruti, who has scored just once this season. "We need to stay together in this situation. The next game is very important.

"The team has to stay very strong. This situation is not good. When we started the season, we were playing much better. We need to stay more confident. Now is the time to flip things around."

Earlier this season, the Impact were one of the hardest teams to score against. In April, they recorded five clean sheets over six games.

But that's all changed. Teams are now finding gaps and exploiting Montreal's backline. The Impact have conceded at least one goal in nine straight games in all competitions. They have one clean sheet in their last 13.

"We need to improve in every department," said midfielder Micheal Azira before training on Friday. "The back, midfields, strikers, we all need to improve and go back to the good old days.

"Every team goes through a slump in this league but we need to bounce back. We need to use this game as a way to build on our confidence and move forward."

Injuries have plagued the Impact all season -- most notably captain Ignacio Piatti missing 17 games so far -- and they were just dealt more bad news this week.

Stalwart midfielder Samuel Piette, a pillar in the centre of the pitch, is expected to miss three weeks with a rib injury (intercostal tear). Piette was hurt in the second half of last week's 2-0 loss to Toronto.

Piatti is nearing a return but he will be unavailable Saturday against the Crew. The Argentine may play Wednesday in the second leg of the Canadian Championship quarterfinal against York9.

Harry Novillo, who scored the game's only goal when Montreal hosted Columbus at Saputo Stadium earlier this season, is dealing with a hamstring injury and will likely also miss the rematch.

With Federico Higuain out for the remainder of the season (underwent knee surgery last month), forward Gyasi Zardes has carried the load for the Crew. Zardes, who leads the Crew with seven goals this season, has scored twice against the Impact in his career.

"To me, every moment I've played against Zardes, he hasn't scored," said Azira. "Here, he didn't score on us, which is good for us. He's a good player, a national team player, we need to respect him. That's why we can't get complacent when we go there. We can't take anything for granted."

The Crew are coming off a midweek 2-2 draw against the Chicago Fire, where former Impact player Romario Williams scored on a header in the 90th minute to salvage a point for Columbus. That goal ended the Crew's five-game losing skid in MLS.

There has been little to celebrate for Crew fans this season.

Second to last in the East, Columbus is on a 10-match winless run (0-8-2) during which the team has scored just seven goals. The Crew have an MLS-worst 19 goals this season and have been shut out 10 times in 22 games.

Things don't get much better on defence. The Crew have conceded a goal in 16 straight matches since a 1-0 victory over New England on April 6. They are 1-13-2 since then.

"We owe our fans a win, we have been getting far too many losses," Crew coach Caleb Porter told the team's website. "If we get a win on Saturday, now we start to put together a little bit of a run and we get some momentum. It won't be easy."