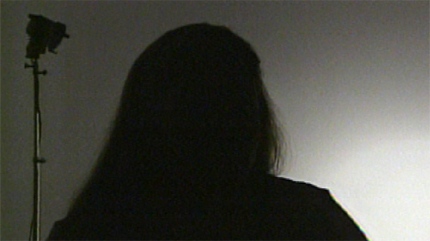 Silhouette of a victim

MONTREAL -- A Montreal single mother is being forced to consider a David vs. Goliath fight in court after she claims a co-op rejected her family's request for housing for a plethora of discriminatory reasons.

The mother has asked that her name be redacted to protect the privacy of her two daughters.

She states that she applied for an apartment at the Milton-Parc Housing Co-operative in January 2018, but was told she did not fit the ideal criteria.

"They told me 'We want a family with a father, a mother and young children,'" she said. "I rebutted, 'But wait, almost half of the families in Quebec are single-parent families.'"

After finding out the home she applied for was given to a "traditional" family with a young child, the mother filed a complaint in May 2018.

"I don't even know how to describe it. When we left, my youngest said to me, 'Why do those people not like us?' The kids really felt it," she told CTV News, adding she applied to 20 co-ops and got two interviews. "It was really weird and unpleasant and when I went away and thought about it, I said, 'OK I'm going to have to do something about this.'"

After hearing about her case, the Center for Research Action on Race Relations (CRARR) filed an additional complaint in September 2018.

Executive Director Fo Niemi argues there are multiple waves of discrimination here: against a single mother, a child with disabilities, an English-speaking family and a family with older children.

"We have ever heard of people from inside the co-ops preferring parents of young kids," he explained. "They don't want teenagers because they leave and once they leave, their apartments become too big for the parents."

In addition, "for people with physical limitations or disabilities, co-ops have to readjust or redesign facilities, but a lot of them don't like to do that because it's complicated and costly," he said.

The mother adds one man on the panel of five men that interviewed her made a point to tell her, "I have nothing against women."

"We're English-speaking, so that was already something they were uncomfortable with and didn't like," she said. "The only thing missing was the element of being a racialized person."

Following a three-year investigation, the Quebec Human Rights and Youth Rights Commission recommended the Milton-Parc Housing Co-operative pay $26,000 to the family, including covering the difference in rent prices because they had to find housing elsewhere at a higher rate.

However, the commission also informed the mother it would not offer her free legal representation in front of the Human Rights Tribunal, should the co-op not pay up.

The deadline was May 1. The co-op chose both not to respond, nor pay.

"I'm pretty sure based on the bad behaviour they've displayed, I'm going to take it forward (to court)," the mother told CTV News. "If we've come this far and they're completely unapologetic, I'm going to have to carry on with this."

The co-op is represented by one of the city’s top law firms, Robinson Sheppard Shapiro.

Representatives for the Milton-Parc Housing Co-operative have yet to respond to CTV News' request for comment.

The Human Rights Commission justified its decision to not offer support because it does not see the case as being one of “public interest.”

However, Niemi stresses the decision not to represent this case could scare other victims of discrimination from coming forward.

He adds it seems to be a growing trend at the commission to send cases to the tribunal without providing free legal representation for victims of discrimination.

"She doesn't have a well-paying, full-time job. Financially, she's struggling," he said. "Knowing the co-op is represented by a big law firm, this is, to us, from a class perspective, very concerning."

Niemi states CRARR is planning to help the family as much as possible.

"It's not a done deal that she'll win," Niemi said. "If you lose in court, you have to pay all these fees for the other side."

The organization will be setting up a GoFundMe should the case should end up in front of the Human Rights Tribunal.