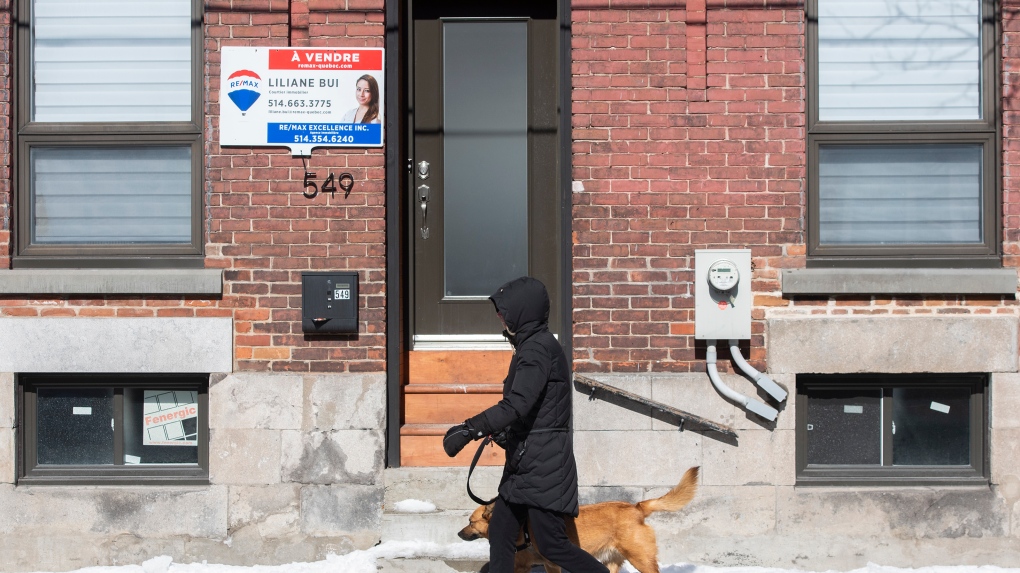 A woman walks by a house for sale in Montreal, Friday, March 4, 2022. THE CANADIAN PRESS/Graham Hughes

The Quebec Professional Association of Real Estate Brokers says October home sales in Montreal dropped to a level not seen since 2014.

Sales for the month totalled 1,501, a 35 per cent decrease from a year prior, but in the single-family home category alone fell to a level not seen since 2000.

The association's director of its market analysis department attributed the drop in sales to the increase in interest rates and inflation, which have both weighed on purchasing power.

Charles Brant says the market is seeing a cautious attitude from people and investors who would make purchases but are instead waiting for the market to stabilize and conditions to be more favourable.