Montreal gym transformed into legal workshop for the day

MONTREAL -- Two organizations are joining forces to promote access to justice for people in the Saint-Michel neighbourhood and the surrounding area, in Montreal.

Throughout the day, around 60 people will have the opportunity on Saturday to meet a lawyer for free as part of a legal workshop offered by Justice Pro Bono and Ali et les Prince.esse.s. de la rue gym.

The idea of combining the two organizations’ missions came from former Viau MNA David Heurtel, who chairs the boards of directors of the two entities, and Ali Nestor, whose gym bears his name.

The two discussed the issues of social inequality in the neighborhood. A problem exacerbated by the COVID-19 health crisis and brought to the fore by the rise of the movement against racism and police violence.

For Nestor, the partnership responds squarely to an essential need.

“Many people in the population do not have access to a minimum knowledge of their rights, whether in matters of discrimination, housing or divorce,” he said. 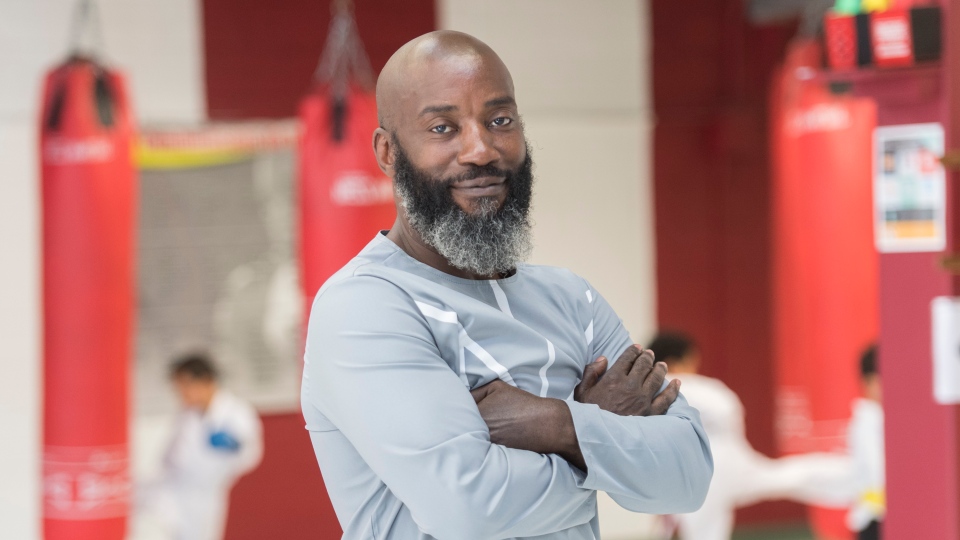 The 60 spots filled up quickly and Justice Pro Bono intends to repeat the experience later this year.

“We would have added 30 other lawyers and I think we would have filled all the places, '' said Heurtel, who trains at Nestor's gym.

According to lawyer Nancy Leggett-Bachand, access to justice represents a real issue of social equity. It is sometimes very difficult to be able to assert your rights if you do not have access to legal aid.

A single person who wants free legal aid must earn a gross income of less than $23,842. The threshold varies slightly according to person’s status (couple or with child) up to a maximum of $39,097 for a couple with two or more children.

Each person, who reserved a spot, was entitled to 50 minutes to familiarize themselves with their rights, possible remedies and the necessary steps to follow.

It is impossible to resolve all problems in less than an hour, but Leggett-Bachand said that lawyers can go a long way in terms of information.

“Generally, consultations of this nature take about 20 minutes. We decided to give ourselves 50 minutes so that people leave here having understood the role of a lawyer because for many it's a first meeting in their life!” she explained.

In 50 minutes, the volunteer lawyers mainly tried to identify the legal issue facing the person and then indicate the next steps.

Among the dozens of visitors who benefited from these free consultations, Steve Joseph found a “perfect match” by having the opportunity to chat with Lysiane Clément-Major, who is a litigation lawyer for the Commission on Human and Youth Rights (CDPDJ).

“I wanted to have information regarding a complaint that I have already filed (at the CDPDJ) and fortunately, I happened to come across a human rights lawyer,” he said after his face-to-face with Clément-Major.

“I could not get involved in the investigation process, but I was still able to advise him generally on the commission process and on certain other questions that the gentleman had,” said the lawyer participating in her first Justice Pro Bono event.

Last May, Joseph was the victim of racist insults while seeking information in a Montreal business. Joseph, who is director of recreation at the Foundation for the blind in Quebec, wanted to know if the company on the Rivière des Prairies shore had an accessible boat descent.

“It was not simply a refusal, it was a racist attack immediately,” he said, repeating some of the vulgar and degrading expressions he heard alongside his wife and daughter.

Joseph added that he was even blocked, preventing him from leaving the place where he was discriminated against. A video of his testimony circulated on social media following the incident.

This report by the Canadian Press was first published July 4, 2020.