The change will take effect on Oct. 17. An online version of the paper will continue to be published on Mondays, and subscription rates won't change.

"The decision reflects the rapidly changing news consumption habits of our readers, the needs of our advertisers and the escalating costs of printing and delivering a printed product," wrote Editorial Senior Vice-President Gerry Nott in a statement on the paper's website.

"News happens 24 hours a day, seven days a week, and our commitment to you is to deliver it quickly, honestly and thoroughly as reader consumption habits continue to shift," he wrote.

The Gazette is one of nine Postmedia papers scrapping their Monday prints.

Postmedia spokesperson Phyllise Gelfand told The Canadian Press there are no job cuts tied to the change, and that the company is focused on "going where (its) readers are."

"We will continue to evaluate the needs and preferences of our audiences and customers," she said. "That may include other initiatives though I have nothing specific to announce at this time." 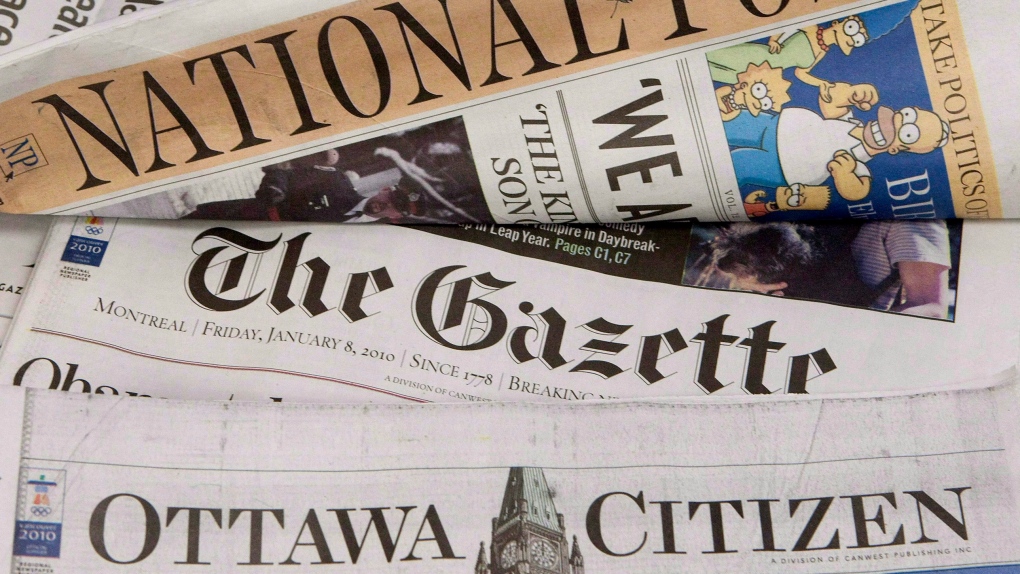 Postmedia newspapers are displayed in Ottawa on January 8, 2010. THE CANADIAN PRESS/Adrian Wyld

The change comes after the company reported print losses in its third quarter, while digital revenue grew.

After the acquisition, Postmedia reported a 3.1 per cent year-over-year increase in print advertising revenue in the three months prior to May 31. Excluding the financial impact of the deal, the company reported a loss of $1.6 million, or 4.3 per cent.

It also saw losses in print circulation revenue amounting to $2.5 million, or 5.9 per cent, year-over-year. Losses were deeper excluding the acquisition, at $4.5 million, or 10.4 per cent, "as a result of decreases in circulation volumes, partially offset by price increases," the company said.

Digital revenue increased, however, by $6.9 million, raking in $30.3 million for the company in the third quarter.

Apart from the Brunswick acquisition, the company attributed that growth to increases in digital marketing services and "off-network programmatic digital advertising."