"They didn't tell us much, but they explained that it was a dog seized by the police," said her new owner, who asked to have his identification removed for fear that Eva's previous owner will come searching for her. "We decided to take her and give her all the love and all the care she deserves."

The man says he and his wife are both "huge animal lovers" and had been mourning the loss of their boxer in 2017.

"I was still not ready to adopt a new dog yet," he said. "My wife was, but not me. We babysat for friends sometimes and every time, we realized how much we love dogs and appreciate what they bring to our lives."

He explains over the years, they fostered dogs for different organizations in Montreal, providing a "lovely and stable environment for dogs who have been in a shelter for a long time," while also helping with rehabilitation and behavioural work.

"Bottom line, we had the time, the passion and the love to be a foster family," he said.

He says when they got the call about taking Eva in, they couldn't refuse. 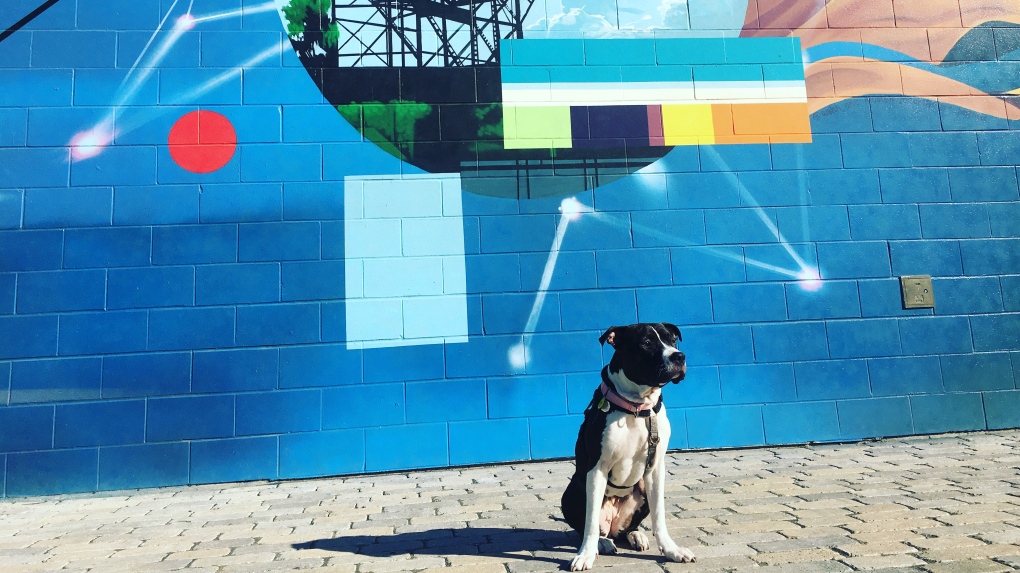 Eva's previous owner, a man in his 20s, was sentenced to seven months in prison for violently beating her after a criminal probe was initiated in January 2020, following a report of abuse.

"The dog was found in a deplorable state in a blood-soaked apartment by animal protection officers," the Montreal SPCA states. "When they arrived, the officers found a lethargic animal with a punctured eye, nearly half of her teeth broken and an open wound on her skull."

The man pleaded guilty to two charges of willfully causing unnecessary pain, suffering or injury to a dog and one charge of willfully failing to provide suitable and adequate care to a dog.

He was sentenced to one, two and seven months in prison to be served concurrently.

He is also prohibited from having custody, control or being on the same premises as an animal for the next 15 years.

"He deserves what he got and even more, but under all that, we have to question ourselves: why did he reach the point of beating up his dog to a point of almost killing her?" Eva's new owner asks. "I will never forgive what he did. I hope he gets help in prison and will go to therapy, otherwise all this will be useless."

He admits things haven't been completely smooth sailing with Eva as she requires a lot of "love, patience and time" -- in addition to a host of medications as part of her healing process.

"She came with a real pharmacy," he recalls. "She was prescribed so many medications for so many different treatments. We were shocked."

After six months of fostering, the couple decided to officially adopt Eva.

"We were so happy for her. She would never have to worry again, never have to be in pain and never have to go to sleep scared," he said. "She is a real angel. She has so much love to give. So cuddly, so patient and incredible with kids." 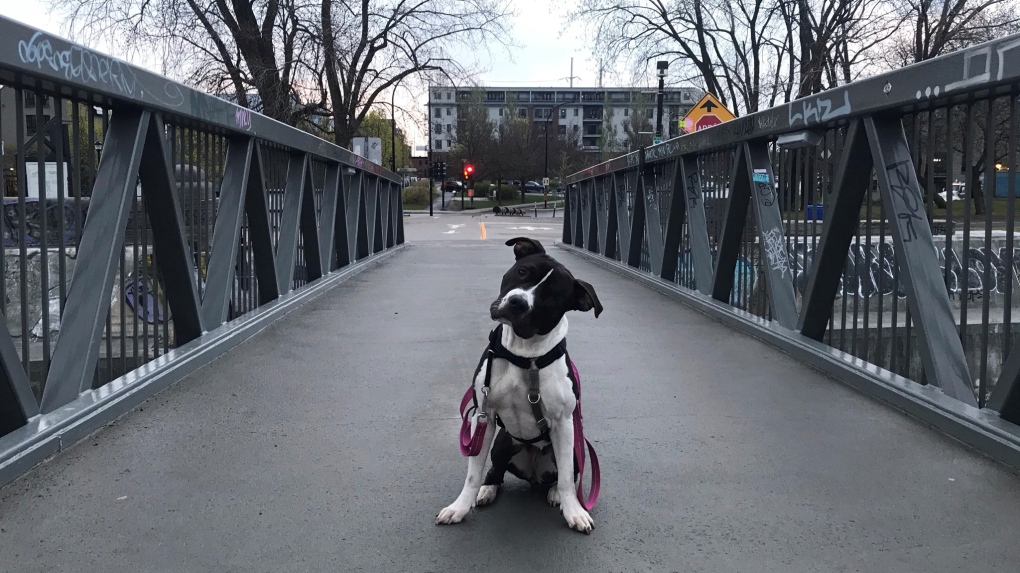 Looking back on their months spent together so far, he says he's seen a real change in Eva.

"When we got her, she didn't behave like a 'normal' dog. She wasn't used to walking around, she was very reactive with anything that moved -- leaves, bags, birds, squirrels," he said. "Slowly, her personality is emerging and she's fantastic and clumsy and so smart."

He points out having a pet is a long-term commitment and only people willing to take on that responsibility "with love" should consider it.

"A dog is not a toy or an object," he states. "It's unbelievable how a dog gives back and loves you unconditionally."

A man who used a sword to kill and maim victims in Quebec City's historic district on Halloween night 2020 has been found guilty of murder.

Rising global temperatures could reduce the amount of sleep people get every year, according to a new study.