Montreal cyclist comes in second in Tour of Rwanda 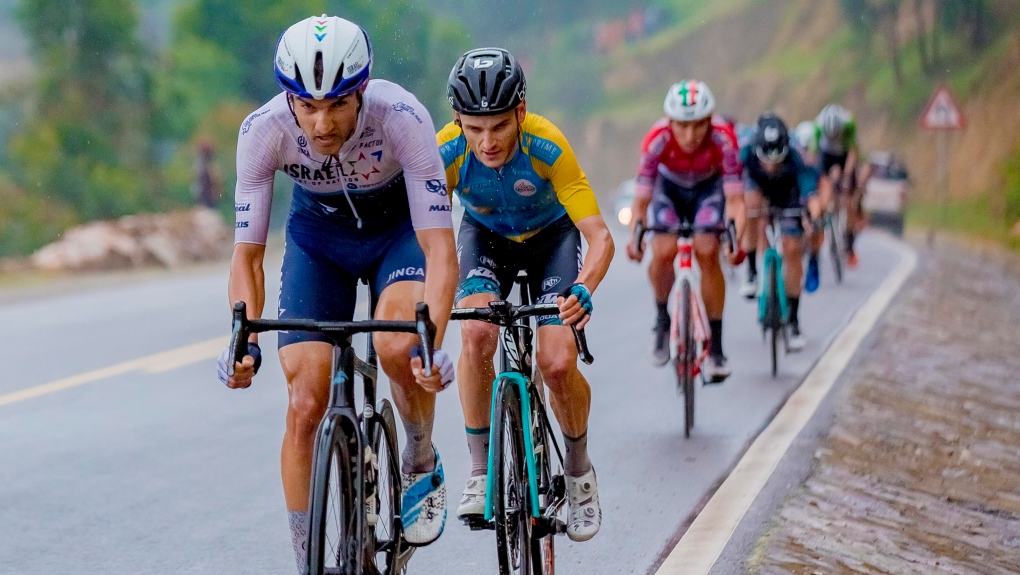 The 29-year-old from Montreal was third in the general classification going into the eighth and final stage of the race. He moved into second place overall after finishing second to race winner Cristian Martin Rodriguez in Sunday's 75.3-kilometre finale -- a demanding stage filled with ascents.

"What a week," Piccoli said. "The guys worked so hard this week, and we worked so well together. I once more gave it my all, but there was simply one guy stronger this week."

"I am happy with silver. We will now have some nice time off together and enjoy our performances."

The Tour of Rwanda, in its 13th year, is Africa's biggest UCI stage race. Originally scheduled for February, it was pushed back to May due to the pandemic.

This report by The Canadian Press was first published May 9, 2021