Montreal cuts rates in half for Plateau sidewalk terrasses

Montreal cuts rates in half for Plateau sidewalk terrasses 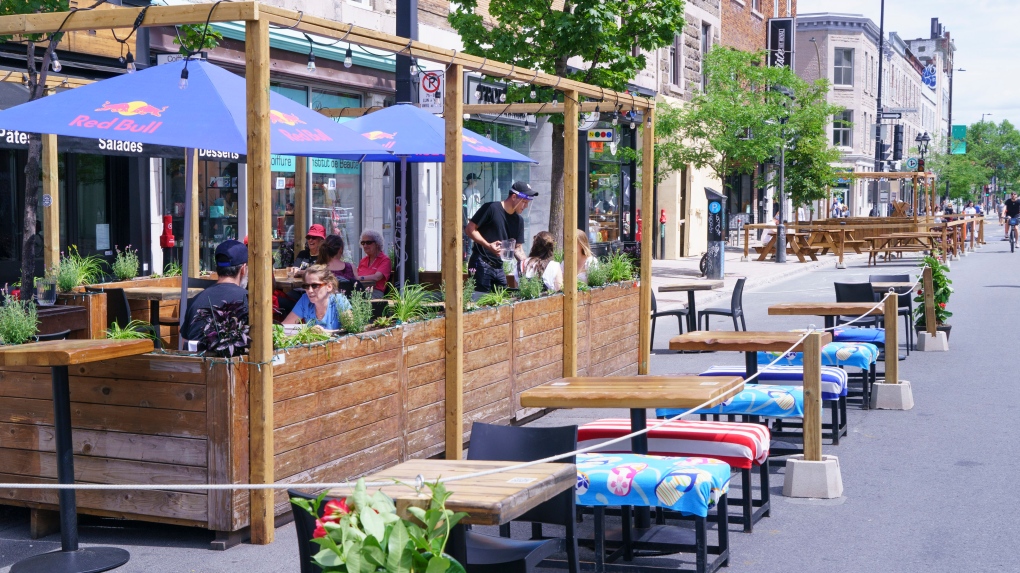 A restaurant terrasse is seen on Montreal's Mount Royal street, on Thursday, June 25, 2020. The Quebec government is expected to announce that bars will be able to reopen soon. THE CANADIAN PRESS/Paul Chiasson

The City of Montreal's Plateau-Mont-Royal borough council said this week that it is adopting a new rate structure for sidewalk cafes on public property in the trendy neighbourhood.

The new simplified rate will now be based on the surface area occupied rather than the property assessment.

The borough says the rate will be lowered by 50 per cent compared to the regular rates in 2019, adding that the reduction is part of measures that have been implemented since 2021 to increase terrasses in the borough.

"The positive impact of these new terraces on the vitality of our commercial streets has prompted us to revise our rates downwards to continue to encourage the development of these terraces, which are greatly appreciated by residents and visitors," said borough mayor Luc Rabouin. "With these simplified rates, which have been reduced by 50 per cent, the borough will leave nearly $500,000 in the pockets of Plateau merchants."

The rates will be based on a fixed square-metre value with different prices for small commercial streets and larger thoroughfares, respectively.