Montreal curfew goes to 9:30 today; violation tickets on the rise, with 511 this week 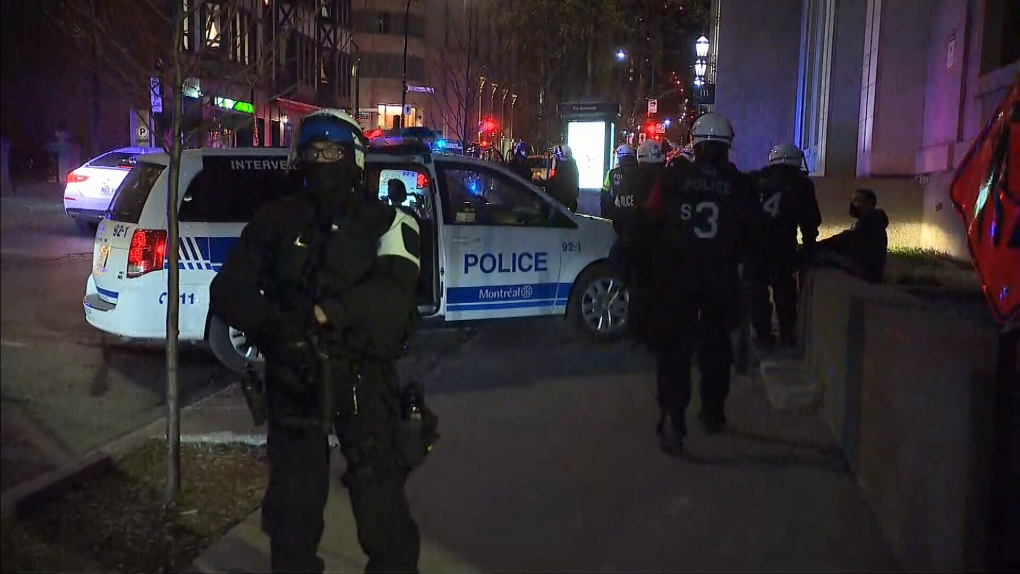 MONTREAL -- The move back to 9:30 curfew in Montreal, which comes into effect today, apparently isn't coming soon enough for many people.

Montreal police announced Monday they ticketed 511 people in the last week for curfew violations -- an increase from the previous week, and part of a pattern of recent week-over-week increases.

The protest this weekend against COVID-19 measures also likely caused a bump, as the Old Port riot did almost a month ago. But this weekend's protest only accounted for 34 tickets, police said.

Curfew isn't the only problem. Police gave out 878 COVID-related tickets in total in the last week, including over 300 for non-curfew-related violations.

Last week, the number of curfew infraction tickets was 475, police said. The previous week had 402.

The one before that, which included the April 11 Old Port riot, saw 528 curfew tickets in total for the week.