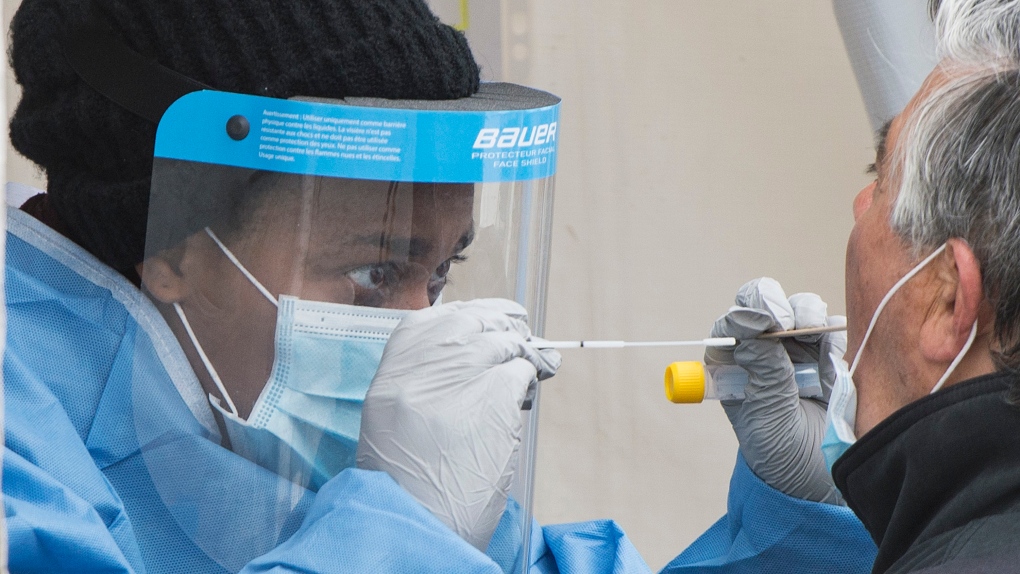 A health-care worker prepares to swab a man at a walk-in COVID-19 test clinic in Montreal North, Sunday, May 10, 2020, as the COVID-19 pandemic continues in Canada and around the world. THE CANADIAN PRESS/Graham Hughes

MONTREAL -- With the City of Montreal gradually lifting emergency health measures, the numbers of new COVID-19 cases and deaths due to the virus continue to drop.

The city’s public health officials announced that 3,067 people have died from COVID-19 since the start of the pandemic, and health and social service bodies have diagnosed 26,205 people with the virus.

That is an increase of five deaths and 83 new cases since the numbers released Saturday. The numbers are the lowest they have been since early April.

All five deaths were people over 70 years old, according to the city’s data.

There are now 128 public retirement homes and long-term care facilities with at least one confirmed COVID-19 case.