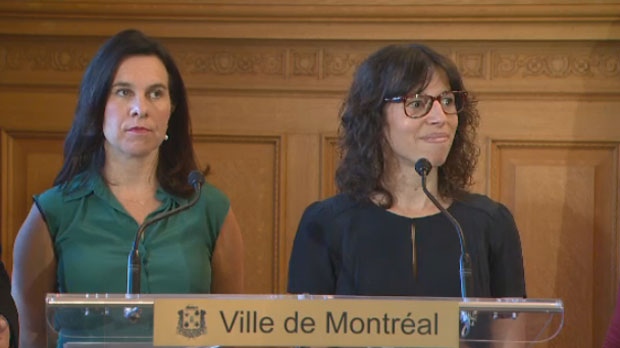 MONTREAL - A Montreal city councillor on Tuesday stepped down from her role as the city's advisor on reconciliation with indigenous peoples after a researcher questioned her heritage.

Marie-Josee Parent was elected city councillor in 2017. She represents the Champlain-Nuns' Island district. She has been a longtime advocate for indigenous people working as director-general of DestiNations, an organization that promotes indigenous culture, according to her Facebook page. She was also a member of the administrative council for the Native Women's Shelter in Montreal.

Her father, she said, was part indigenous -- of Mi'kmaq descent.

Parent made headlines in 2018 when Mayor Valerie Plante appointed her to the city's executive council as an advisor responsible for culture and reconciliation.

Parent's sister, Andre-Yanne Parent, also works for the City of Montreal, as part of the Council of Montrealers. Pouliot-Thisdale said the family misrepresented their Mi'kmaq heritage.

"The two sisters working at the City of Montreal affirmed to have native ancestors from their paternal genealogical lines. All was verified; and however, no native ancestors appeared," he wrote on his Facebook page.

Since Pouliot-Thisdale's post, Marie-Josee Parent stepped down from her role as a reconciliation councillor. The city's website still lists her as an "associate councillor responsible for culture," but "reconciliation" has been dropped.

Mayor Valerie Plante supported Parent's decision to withdraw from the reconciliation file, she said in a statement on Monday.