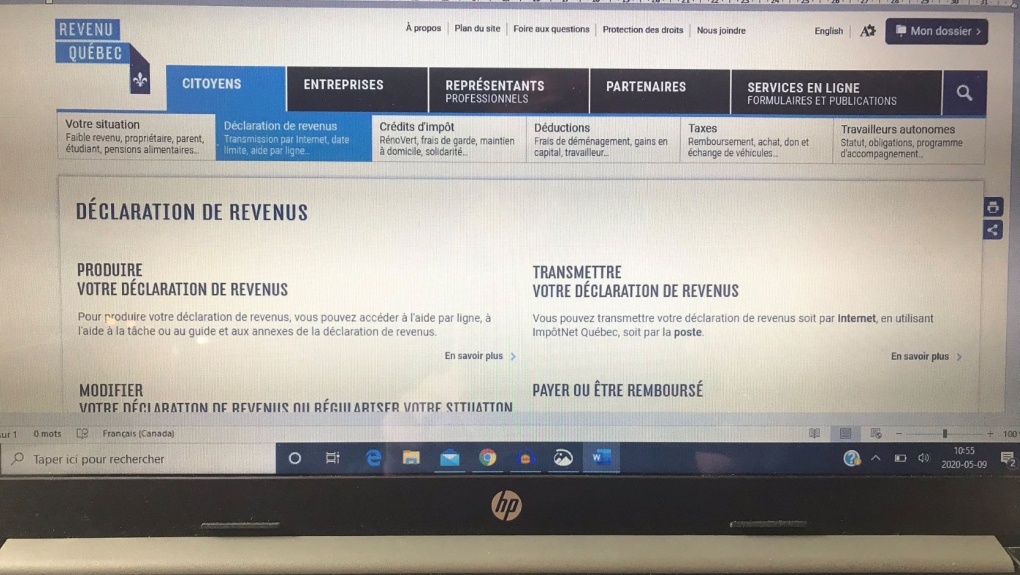 The Revenue Quebec website is seen on a computer screen on May 9, 2020. THE CANADIAN PRESS/Helen Moka

A Montreal company and its director have been fined $172,000 for participating in an apparent tax fraud scheme.

Revenue Quebec said Wednesday that Jean-Claude Tessier, 67, pleaded guilty to 22 counts of tax evasion following an investigation that included a search of his office and his home on July 17, 2018.

Tessier is the director of several companies, including Technologies H2CI Inc., which is involved in designing ecological and environmental products. The company is based in the off-island suburb of Boisbriand.

Tessier and his company deliberately failed to declare all of the company’s income and taxes it collected between July 1, 2014 and June 30, 2018, and produced several false tax returns, according to Revenue Quebec.

A news release from the tax regulator also said the company paid several of the director’s personal expenses, despite Tessier not having filed any income tax returns since 2006.