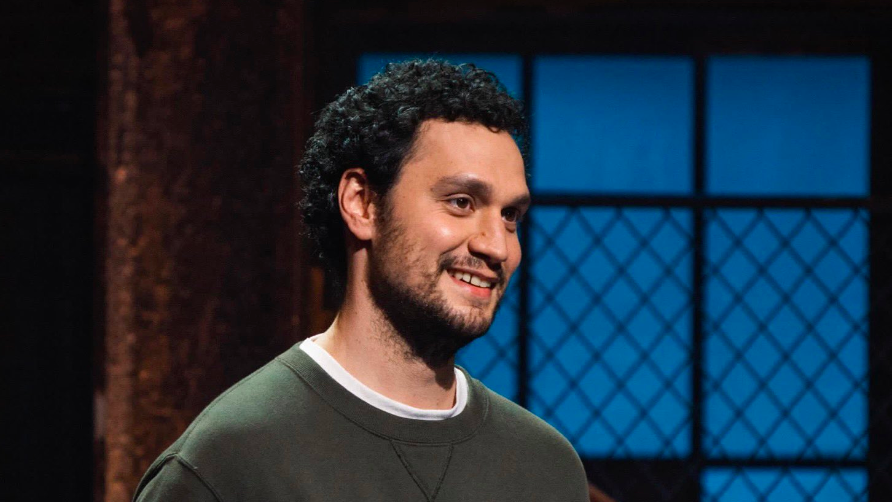 "Truly a devastating loss to the Toronto and Montreal comedy communities, where he developed and perfected his unique performance and delivery style," wrote his agency, Grand Wave Entertainment, in a statement released Monday evening.

"Nick will be sorely missed, and fondly remembered."

Nemeroff has gathered a long list of accolades since launching his comedy career. He performed in comedy shows on CBC ad CTV and appeared on "Conan" and at "Just For Laughs." He was nominated for a Juno Award in 2021 for his album "The Pursuit of Comedy Has Ruined My Life."

"We have been so proud to watch Nick grow into one of Canada's most popular and respected comedians," wrote Grand Wave in the statement.

Nemeroff's family wrote in an obituary of their "profound sadness" at his sudden death.

According to the obituary, Nemeroff grew up in Montreal West and attended Royal West Academy, later studying at Toronto Metropolitan University's School of Radio and Television Arts.

"He leaves behind a large group of dedicated friends spread across the many places he has lived: Montreal, Toronto, Los Angeles, and Australia," the family said.

They said Nemeroff was considered both a "comic's comic" and a popular hit with audiences.

He had "unique cadence, labyrinthine deadpan, and [a] fresh take on misdirection-driven comedy," his family wrote.

"If Nick was on a comedy show, he was guaranteed to leave with new fans. And he deserved to, because comedy was, in many ways, his life."

In March 2022, The Suburban wrote a short newspaper article about Nemeroff, noting also that he went to Dawson College and Concordia's John Molson School of Business before jumping into comedy.

Nemeroff was also a brother to two siblings and an "incredible uncle" to four children, according to the obituary. The family said he also leaves behind his parents.

Outside of comedy, his "family, friends and the Montreal Canadiens were all of great importance to him," his family wrote.

"Endlessly sweet, supportive of others, humble about his many skills and achievements, Nick Nemeroff lived his life doing what he loved, and that is how he will be remembered."

Neither the agency nor Nemeroff's family announced his cause of death. No date for his funeral has been announced.

His family had an early suggestion for how to remember him, however.

In the wake of the news, fellow comedians and comedy fans from across the country took to social media to mourn, saying Nemeroff was not only talented, but beloved by many.

“It’s a devastating day for those who knew him. Nick Nemeroff was a beautiful man. My condolences to his family and everyone in the comedy world. I admired him greatly," comedian Jon Dore wrote.

SNL cast member Sarah Sherman tweeted that he “was the sweetest and funniest guy ever,” encouraging people to listen to his album.

"Absolute master of absurdity and deadpan. Absolute gem of a guy," wrote Toronto comedian Sophie Kohn. "I loved sharing a stage with you, friend."