A Montreal CEGEP is offering support to students after three young men who attended the school were killed in a crash on Highway 401 in Ontario over the weekend.

The three students, all in their early 20s, were originally from India and were enrolled in their second year of a business administration program at Canada College, a private CEGEP in the downtown area.

“Students are shocked. Everybody here. The whole community is overwhelmed. It's very sad,” said John-David Couturier, the school’s health director.

According to Couturier, one of the three students lived in Montreal while the other two made their homes in Ontario and went back and forth on their off-days

Kumar’s cousin, Aman Jayani, told CTV News that family members learned of his death through a post on Instagram.

He said Kumar moved to Canada from Lilas, a village of 2,600 in the Haryana state, two years ago. He is the youngest of five siblings. His family says they are desperate to bring the young man’s body back to India to perform last rites. 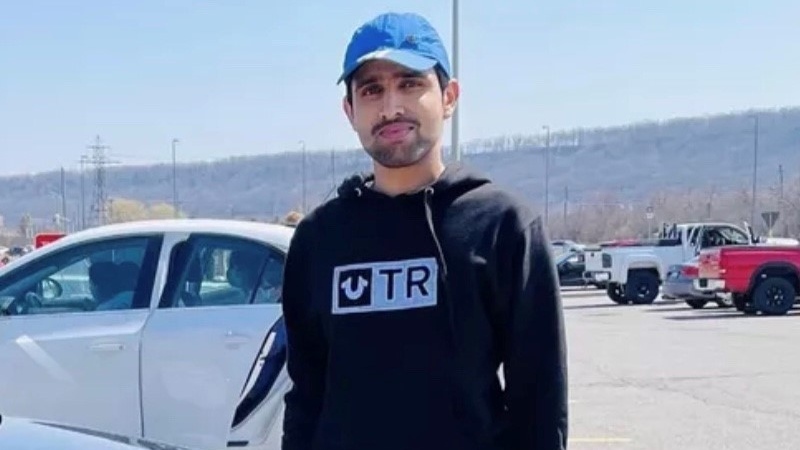 Twenty-three-year-old Pawan Kumar moved to Canada from Lilas, a village of 2,600 in the state of Haryana two years ago.

In all, eight people were in a van that was struck by a tractor-trailer along Highway 401 at 3:45 a.m. Saturday, according to Ontario Provincial Police (OPP).

OPP Const. Maggie Pickett said just before the collision, the van stopped in a live lane of the highway between Belleville and Trenton and one person got out.

Pickett could not say why the van stopped.

The driver of the truck and the person who got out of the van were not hurt. Five men were killed and two other people were seriously injured.

A roommate of Kumar also spoke with CTV News about his good friend, describing him as having a love for dance.

It was a pastime he enjoyed, he pursued it at home into the early morning hours, sometimes annoying his neighbours with the music, he said.

“I feel like crying right now,” said Soni, adding it is hard to stay positive when “he is literally gone.”

Couturier said a specialized psychologist is at the school to speak to students who need support.

He also said he plans to speak with friends of the victims and other students so that they can address any cultural sensitivities related to how their community grieves.

The school has offered to pay for the funerals of the three young men in India, after learning the cost of repatriating the bodies would cost the families about $15,000.

“Many families worked very hard to save their money to send their children to Canada hoping to have a better life … so we will cover the expense for the three students,” Couturier said.

The High Commissioner of India to Canada said the Consulate General is also supporting the friends of victims.

Canada will add 74 more people and businesses in Russia and Belarus to its sanctions list, Prime Minister Justin Trudeau announced on Monday as he met other G7 leaders in Germany to discuss the threat to global security posed by the invasion of Ukraine.

Several cars on an Amtrak train derailed in Mendon, Missouri, on Monday after hitting a dump truck at a crossing and there are early reports of injuries among the approximately 243 passengers on board, Amtrak said in a statement.