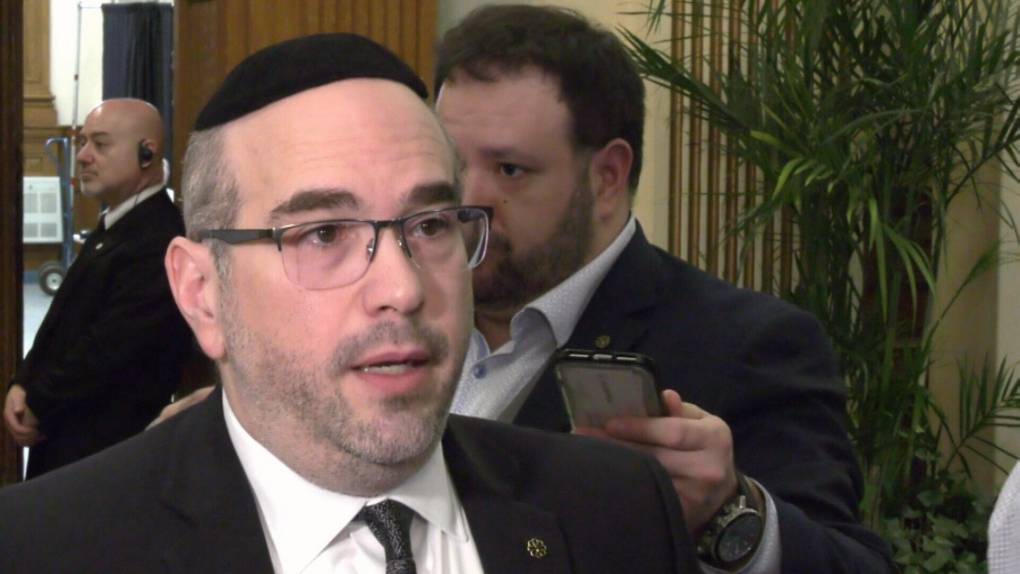 MONTREAL -- A Montreal city councillor has withdrawn a motion to have the city adopt an international organization's definition of anti-Semitism.

The IHRA definition has been adopted by over 30 countries including Canada, however critics say its wording is problematic because it connects criticism of the Israeli state with anti-Semitism.

While the international organization defines anti-Semitism in part as "a certain perception of Jews, which may be expressed as hatred," critics take aim at a list of examples that includes "denying Jewish people their right to self-determination, e.g., by claiming that the existence of a State of Israel is a racist endeavour."

Corey Balsam of the group Independent Jewish Voices Canada says adopting the definition would put a "major chill" on those speaking out in favour of equality for the Palestinians, while failing to tackle more serious threats to Jewish communities, including the rise of the far right.

Perez said he's disappointed the city missed an opportunity to take a firm stand against anti-Semitism.

Plante acknowledged the need to fight anti-Semitism but suggested a committee instead work to come up with its own definition -- something Perez dismissed as "ludicrous."