Montreal Canadiens will soon be playing to a packed house 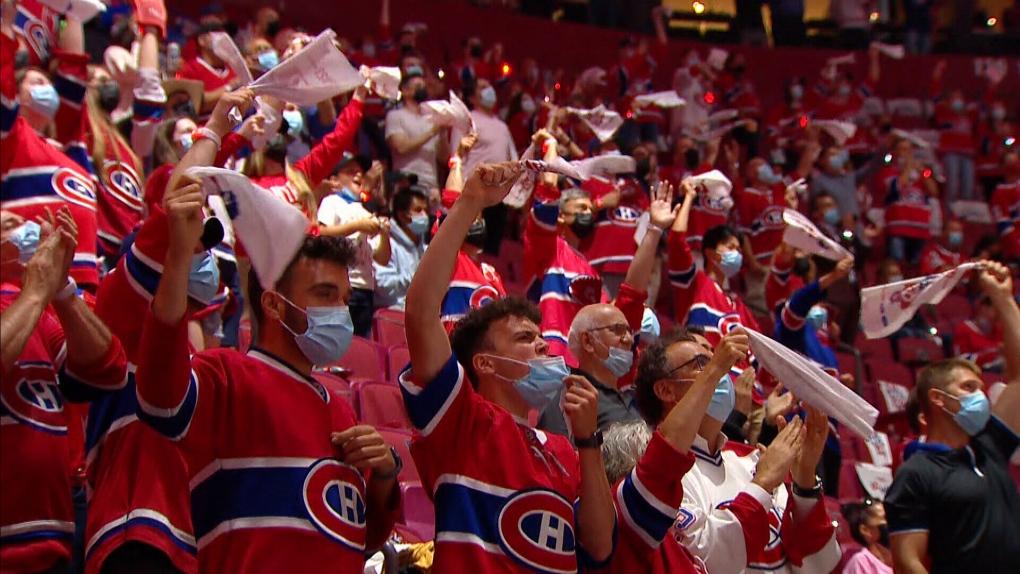 The Bell Centre is expected to operate at full capacity as of Oct. 8, 2021.

MONTREAL -- The Montreal Canadiens will soon play in front of a full house at the Bell Centre.

At a Thursday press conference in Quebec City, officials announced that certain COVID measures for theatres, auditoriums and organized public gatherings would be relaxed.

For sporting events with assigned seating, the number of participants and spectators will no longer be limited, and the vaccine passport will be required at the entrance, according to a press release from the Quebec government.

Spectators will have to be seated and wear face coverings at all times, except when drinking or eating.

Instructions will be the same for outdoor venues with assigned seating, such as stadiums and outdoor amphitheatres.

These measures are scheduled to take effect on Oct. 8.

This means the Canadiens will be permitted to play in front of 21,302 spectators.

Earlier this month, the Tricolore obtained permission to host a maximum of 7,500 fans for a warm-up game. During the Stanley Cup Final against the Tampa Bay Lightning last July, public health set a maximum attendance limit of 3,500 fans.

In the case of the Canadiens, updated measures will only be applicable as of Oct. 16, the first game of the schedule. The Habs will play their last preparatory game on Oct. 7, against the Ottawa Senators, the day before the new measures come into effect. Afterwards, they will play in Toronto and Buffalo on Oct. 13 and 14.

The news will also benefit the Montreal Alouettes and the Montreal Club Football (CF). The two organizations were already benefiting from certain reliefs announced in recent months, which allowed them to welcome up to a maximum of 15,000 spectators at Percival-Molson Stadium and Saputo Stadium, respectively, in compliance with sanitary measures and physical distancing.

Like the Canadiens, the Montreal CF will be able to take advantage of the relief as of Saturday, Oct. 16. The Alouettes, on the other hand, will be able to welcome a maximum number of spectators as early as Monday, Oct. 11, Thanksgiving Day.

--This report was first published in French by the Canadian Press on Sept. 30, 2021.