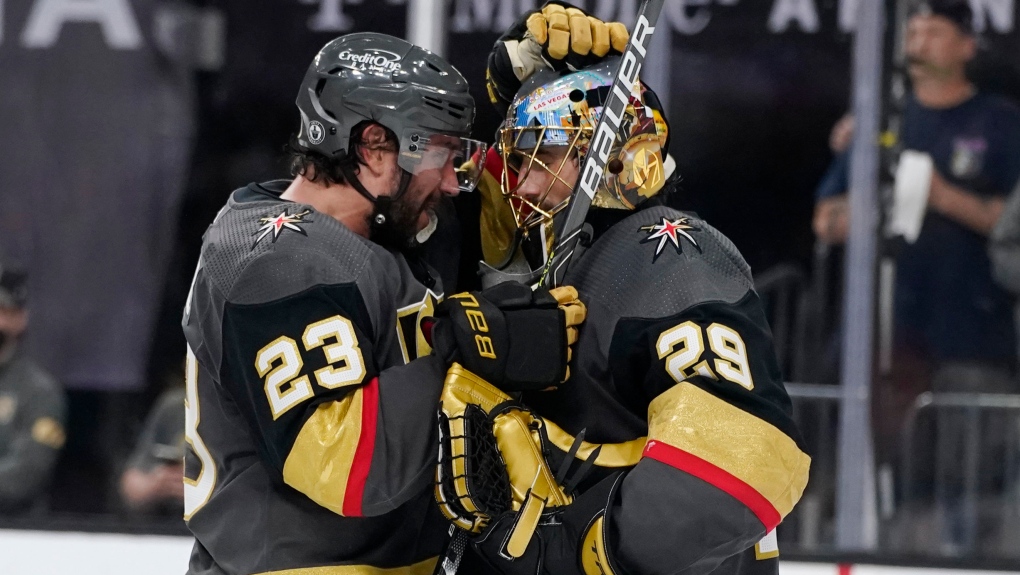 The Montreal Canadiens will face the Vegas Golden Knights in the Stanley Cup semifinals, with Game 1 set to go on Monday.

The Golden Knights became the final team to qualify for the semifinals with a 6-3 win over the visiting Colorado Avalanche in Game 6 of the West Division final last night.

Vegas finished with the best regular-season record among the final four, while Montreal was fourth. The Habs were 23 points behind the Golden Knights, who tied Colorado for the highest point total in the league.

The Canadians earned the fourth and final playoff spot in the all-Canadian North Division before upsetting the first-place Toronto Maple Leafs and third-place Winnipeg Jets to book a spot in the semifinals.

When Montreal travels to Vegas for the opening two games of the series, it will mark the first time an NHL team crosses the border this season. The federal government granted the NHL an exemption to have the remaining teams avoid a 14-day quarantine for the final two rounds of the playoffs.

The Golden Knights are in the third round of the playoffs for the second year in a row. They made their first and only Stanley Cup final appearance in their expansion 2017-18 season, losing to the Washington Capitals in five games. The Habs are in the third round for the first time since 2014. They were the last Canadian team to capture the Stanley Cup, winning in 1993.

The New York Islanders clash with the defending Cup champion Tampa Bay Lightning in the other semifinal. Game 1 is Sunday.

- This report by The Canadian Press was first published June 11, 2021.