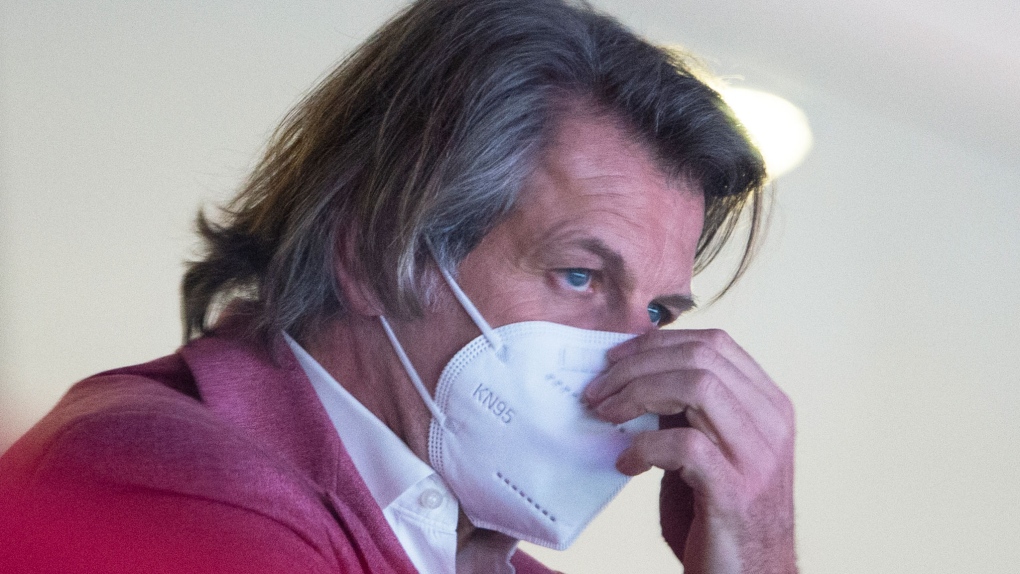 The team announced the news in a post to social media Friday, adding that Bergevin is being monitored by the team's medical staff.

Bergevin "will follow the protocols set forth by the National Hockey League and the public health authorities," wrote the team, which refused to provide more details.

He is being monitored by the Canadiens medical staff and will follow the protocols set forth by the National Hockey League and the public health authorities.

An outpouring on social media followed the announcement as fans wished the manager a speedy recovery.

"There's never a dull moment with this team right now," he said. "Hopefully, he'll get better in a hurry and get back to his duties."

He says Bergevin, as well as all the players, are fully vaccinated.

"Any time there's a flare up [within the league], it is an attention grabber," he said. "Hopefully, the Canadians aren't hit past Marc."

The team did not respond to questions on whether other players might have been exposed to the virus.

According to the NHL's COVID-19 policy, "a person whose COVID-19 positive status has been confirmed shall remain in isolation, shall not exercise, and shall not participate in any training activity or have any contact (other than remotely) with any other personnel for the duration of their isolation."

So, what does that mean for upcoming games? The team declined to say.

The Montreal Canadiens are currently 7th in the Atlantic Division, and is scheduled to play against Nashville, Washington, Buffalo, and Pittsburgh next week.