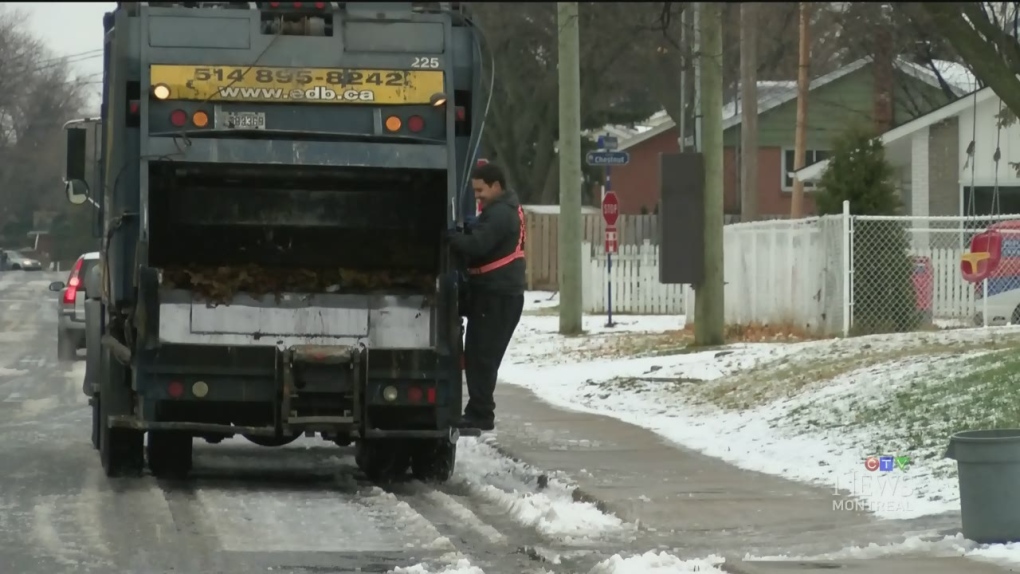 MONTREAL -- Montreal’s blue-collar municipal workers are threatening a strike during the week of December 14, which could lead to disruptions in snow-clearing, garbage collection and other municipal services leading up to Christmas.

The union representing the city’s 6,400 unionized blue-collar workers gave a strike notice to the city on Thursday, saying in a statement Friday that it hopes the move will turn up the pressure to reach a settlement.

The notice comes after the Syndicat des cols bleus regroupés de la Ville de Montréal, part of the Canadian Union of Public Employees, voted 97.2 per cent in favour of a full strike mandate.

The union made use of a drive-in theatre on November 13 to hold that vote, so that members could remain in their cars and stay distanced. A total of 2,846 of the members voted.

In a statement to CTV News on Friday night, city spokesperson Marilyne Laroche Corbeil said the union doesn't have the option to call a strike on Dec. 14 since it hasn't fulfilled the legal steps it must take before doing so.

The city said it has not been informed of exactly what kind of pressure tactic the unionized employees might use or how the union will propose to define essential services.

Because of the lack of information about these matters, the union cannot declare a strike on Dec. 14, said Laroche Corbeil, adding that a formal strike notice must comply with the Quebec Labour Code.

The parties have held 67 separate negotiations since the blue-collar workers’ contract expired on December 31, 2017, she said. On October 20, the city asked for a mediator in the talks and one has been present for nine of the talks since then.

“The parties have made some important advances since then that meet the interests of both the city and the union,” said Laroche Corbeil.