Montreal-based hip hop artist Narcy crafts an album amid a pandemic, but it's about so much more 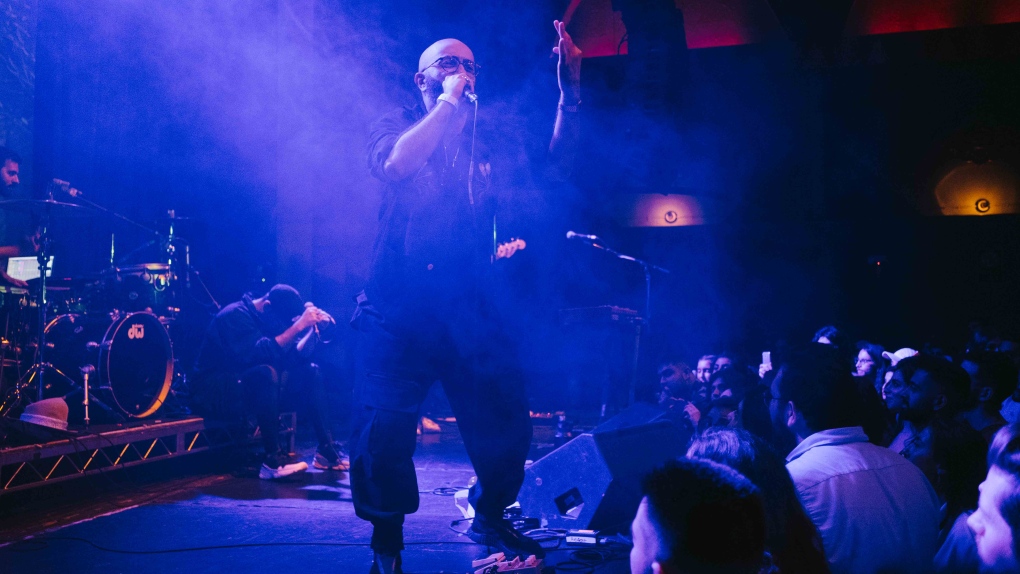 MONTREAL -- The circumstances in which art is created can directly affect everything about it: its tone, its content, its sound, its look.

So when art is made during extraordinary times like these, it would seem reasonable to assume that this particular set of circumstances would have an outsized impact on that work.

But if one assumed that about "Love & Chaos (SpaceTime Vol. II)", the latest album from Montreal-based hip hop artist, activist and academic Narcy, one's assessment would not be on the mark.

The album - the follow-up to 2018's "SPACETIME" - certainly addresses the global COVID-19 pandemic during which it was produced, but as always with Narcy, his lyrics take a panoramic view of the world, addressing themes - equality, justice, scepticism of authority, his Iraqi roots - that have been hallmarks in a career that has now spanned nearly two decades.

Narcy - born Yassin Alsalman, and formerly known as The Narcicyst - is 38 and lives in Montreal with his wife and two children. CTV News caught up with him recently to speak about his latest album, the climate in which it was created and to get his view on the remarkable happenings in the world right now.

Q. I imagine that creating art is enough of a challenge at the best times. This one, amid a global pandemic, must have been extraordinarily so. What will you remember/take away from this particular experience?

A. I think the only challenge was quiet at the house with the kids. I would write at night after they sleep and mix during the day, and in that they became a part of the project. My kids almost became the narrators to the record, or the paranoid reminders to follow protocol. What I will take away from this is the urgency to work, because I am sedentary when it comes to my career. I am so used to travelling and coming home - this gave me the insight to settle in, but never settle creatively. It brought out some pretty honest thinking.

Q. You have said that while this album was crafted amid a pandemic, you don’t think of it as “a pandemic album.” Can you expand on that distinction?

A. I completed the album during the pandemic but a lot of the lyrics were from before the lockdown. At the same time, my intuition is usually ahead of the moment, so a lot of the lyrics really touched on the now in a way. My albums were always a couple of years ahead, narrative-wise; I think that is because my communities experience makes you think a couple of steps ahead in the sense of surveillance, paranoia, social norms and political statements. It also goes to show you that all the work towards social justice, self-awareness and independence pay off in moments like this. This album is about this period in time but it is not strictly attached to it. We are going to be facing the ramifications, and have already been conditioned to accept the contact tracing, surveillance and social control. That's been around since the War on Terror.

(The above video for Thoughts and Prayers, one of the songs on Love & Chaos, was the first hip hop video to employ "deepfake" technology)

Q. This album was released just around the time of George Floyd’s brutal killing. Your music and lyrics have always included a healthy scepticism of government and authority. What have you taken away from the protests and mobilizations of the past several weeks?

A. That the problem of racialization and abuse of power is rampant and has been since the creation of our nations. We need a major spiritual and social overhaul. and that is coming sooner than later if we can keep it up. All it took was for us to sit down, undistracted, to finally be galvanized. I also have a touch of scepticism around freedom of speech. When the Iraq War was waged, we all went out and protested internationally but it did nothing to stop the violence. This means our rights are not effective, they are performative in nature. This is not the fault of the people, but the system. If this was truly a democracy, the changes should be accepted when the people are fed up. This time around feels different because we are seeing statues being removed, laws moved around - this is all new territory. I also believe Western civilization spent so much time deleting the histories of the world, maybe that energy circles back around and the Western histories we were taught in high school no longer become relevant to our kids.

Q. Your (Iraqi) heritage is never far from your thoughts and your lyrics, and this album is certainly no exception. Why is representing Iraq, the Middle East and your people in general so crucial to your art?

A. It isn't something I think about. It is who I am. I have to say I have never moved away from my culture because we have work to do in documenting and continuing the legacy of our people. The only way to do that is with small creative reminders. They cannot delete us. Therefore, it has become a part of my musical DNA, to always represent. It's not a conscious effort anymore, it is who I am as an artist.

Q. Your children’s voices are heard a few times on the album. How has being a father evolved your art, your focus and your priorities?

A. Being a father has helped me create with their future in mind, with a responsibility that wasn't there when I didn't have them. They are also my A&Rs, they help me pick the right songs when I am unsure. 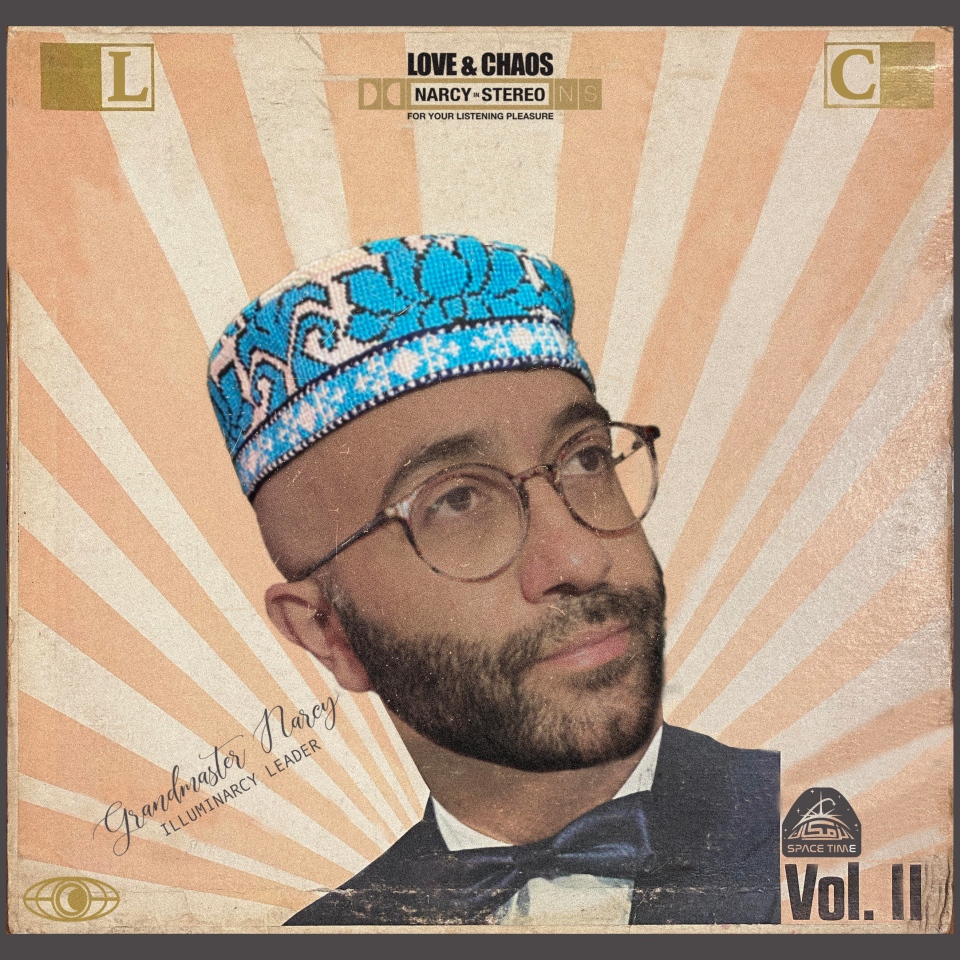 Q. You have a distinctive creative voice and vision, but also work with a loyal crew of simpatico creative partners (Sandhill, Thanks Joey, Omar Offendum, to name just a few). How important are such relationships in furthering your own art and vision?

A. I like to believe I've created a universe within my music, a world of its own. My friends are all a part of that universe, and I am a part of their musical sound. This way, my collaborators are an extension of me, in a way. I love collaborating, it brings out the best in artists, we get to be critical and grow together. There is time to create alone, then time to expand your mind with others.

Q. You’re someone who I think of, possibly paradoxically, as a young veteran in the game - as well as someone who teaches hip hop at the university level - so I would be remiss in not asking you your thoughts on where hip hop is right now, and where it may be headed?

A. Hip hop is where the world is at. As Yasiin Bey once said, if the world is sick, hip hop is sick. It is a mirror. Hip hop is so multi-faceted, it's all over the place while centred at the same time. I think it's in a beautiful place - it's immediate, it's vibrant and dark, it's here to stay. It keeps us young and embraces our elders. It's the most multicultural place ever. Its roots in the African Diaspora birthed that and gave us the privilege to be guests in that house, and I will forever pay homage to those roots, ancestry and gratitude for the power it has given me in my life.