A man has been arrested and the Montreal police (SPVM) arson squad is investigating after a half dozen cars and some trash cans were torched in the city's Ahuntsic-Cartierville borough.

Police say a 911 call around 2:30 a.m. Friday reported a man walking along the south side of Dudemaine St. near St. Germain Blvd., lighting cars and trash cans on fire.

Officers arrived and arrested a 58-year-old suspect, and he is being held in detention. He will be interviewed by police later in the day Friday. 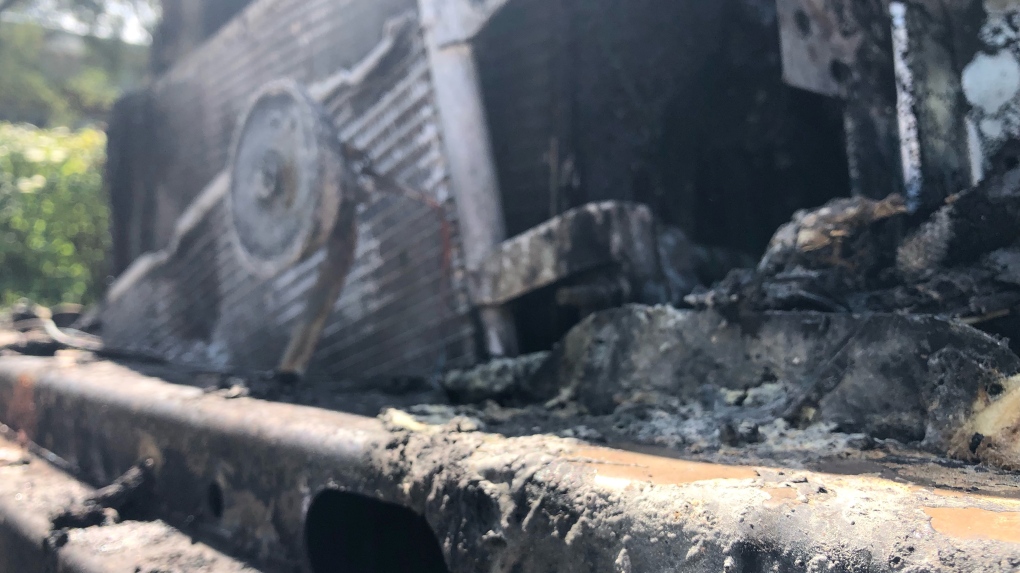 Multiple cars were damaged or destroyed after a suspect walked along Dudemaine St. in Montreal torching cars.

No one was injured, and the investigation is ongoing.