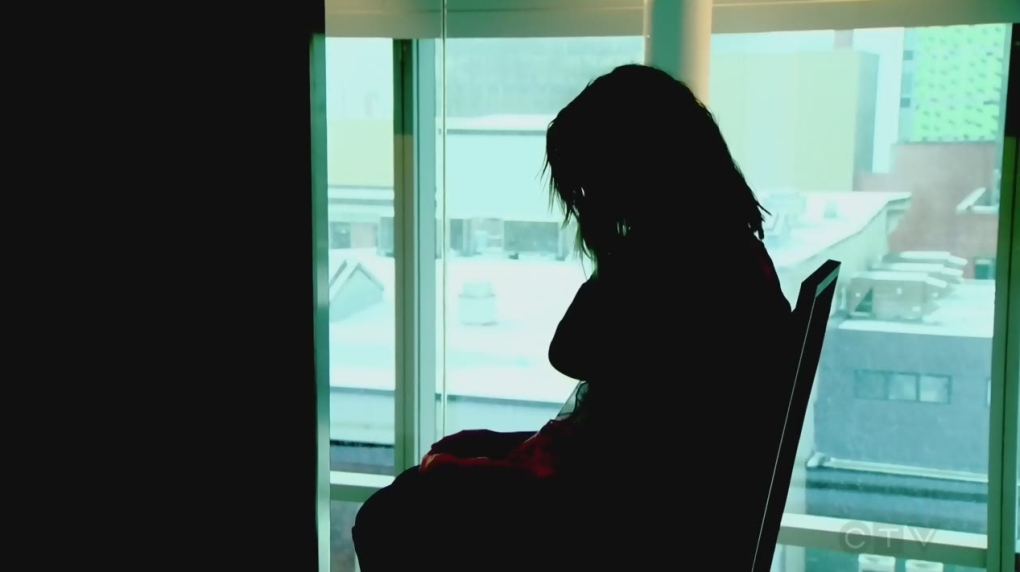 A Montreal-area man has been sentenced to three years in prison for abusing his wife and three kids over an eight-year period. (File photo)

After inflicting a cycle of domestic abuse against his wife and three children over an eight-year period, a Montreal-area restaurant owner has been sentenced to three years in prison and is banned from communicating with his family while behind bars.

A Court of Quebec judge handed down the sentence last month after the father of three was found guilty of 13 counts relating to offences that took place between 2010 and 2018. The crimes included disturbing incidents of punching and kicking his wife repeatedly, dislocating her jaw, striking his children with a belt, and in one instance, closing the door on his 18-month-old boy, causing him to lose a fingernail.

The man's name can't be published because a publication ban protects his children's identities.

In his written judgment, Justice Serge Cimon made a point to denounce domestic violence — a "scourge" that he said is "now recognized as an important public concern in Canada and around the world."

"The era of tolerance for domestic violence is now over," the judge wrote, "and the courts must express, by means of sufficiently severe sanctions, the intolerance of society towards this violence."

Indeed, the court imposed the maximum sentence sought by the Crown in the case — 36 months — rejecting the defence's suggestion of three months in jail, followed by probation and 240 hours of community service.

"To accept the defence proposal would be to trivialize domestic violence and child abuse," the judge wrote.

The man's kids were between the ages of 18 months and nine years old when, according to court documents, he assaulted them several times over many years until the wife separated in 2018 after the latest violent episode. In a victim impact statement, she described the "hell" she lived through that included not only physical injuries from several beatings, but also insomnia, socially isolating herself not to anger her husband, and anxiety from death threats. The judge noted she would often sleep at night with her children because she feared for their safety.

Evidence presented during the nine-day trial showed that woman's life was controlled in a number of ways: she was not allowed to have a Facebook account or watch her son play hockey at the arena, she didn't have a mail key, and her husband would often not pay for her cellphone bill. There was no home landline phone either.

"Between 2010 and September 2018, on various occasions, the accused spit on a twenty-dollar bill and then wiped it on [his wife's] head before handing it to her," according to the judge's decision, adding that it happened about "twenty times in front of the children."

The same kind of abuse was inflicted on his three children, which Justice Cimon wrote was done deliberately to impose his power and control over them.

He treated this as one of the many aggravating factors in weighing an appropriate sentence, particularly the physical and emotional wounds the man's kids suffered.

In an attempt to lower his sentence, the man asked that he not spend too much time incarcerated because it would hurt his restaurant businesses. He was also concerned about the COVID-19 situation in detention centres. Records show he ran multiple restaurants in the Old Port of Montreal.

However, Justice Cimon rejected both proposals since the accused chose not to testify in his defence and didn't have enough evidence to appropriately assess these arguments.

The COVID-19 pandemic is not, the judge wrote, a "get out of jail free card."

"The court considers that reducing a sentence because of potential hardship in a prison environment or because of unknown future circumstances is reckless and inappropriate."

As part of his sentencing, he must submit a DNA sample and is banned from possessing firearms, crossbows, restricted weapons, ammunition and explosive substance for ten years after his release from prison.

The ruling comes as the Quebec government tries to take the problem of domestic violence more seriously with increased funding for women's shelters in recent months and the expansion of a pilot project across the province that would see specialized courts specifically for domestic and sexual violence cases.

A Quebec judge recently handed down one of the most severe sentences for a deadly intimate-partner violence case after sending a man to prison for 20 years for setting his wife on fire in 2019.

After the overturning of Roe v. Wade by the U.S. Supreme Court, some LGBTQ2S+ couples are alarmed, worrying about a return to a time when they lacked equal rights to married heterosexual couples under the law. Many, fearful that their marital status is in danger, are moving now to square away potential medical, parental and estate issues.