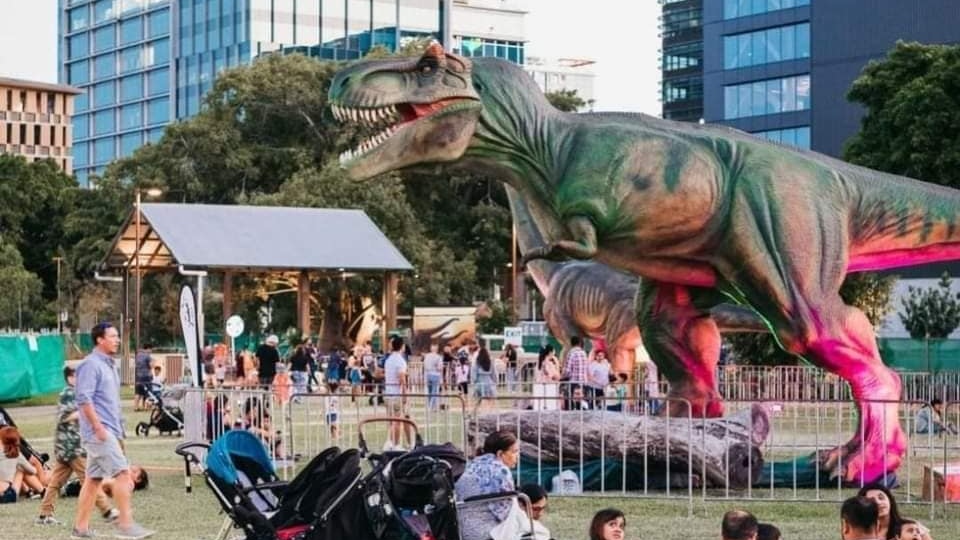 MONTREAL -- Anne-Marie Binette bought a $62 family pack of tickets last month for a robot dinosaur exhibition that was advertised for Montreal's south shore this fall.

Jurassic Fest Montreal was sold by its promoter as an outdoor, weeklong "mesmerizing, world-class dinosaur exhibition featuring over 20 life-size animatronic, robotic dinosaurs." But less than a week after she bought the non-refundable tickets on July 22, the Australian company promoting the event announced the venue that was to hold the show was pulling out.

"I didn't receive the usual email of confirmation after buying the tickets, nor the electronic proof," Binette, whose children are aged two and five, said in an interview this week. She is one of a growing number of Montreal-area parents worried their children won't be seeing any dinosaurs and they won't be getting their money back.

Patrice Perron, spokesman for shopping centre Quartier Dix30, where the event was to be held Oct. 22-31, said in an email Wednesday the venue pulled out because the promoter "did not meet the internal standards and procedures of our organization."

But David Huni, the South African promoter of the event, said parents have nothing to worry about. The rumours on social media calling his event a scam, he said, are part of a backhanded ploy by his competitors.

"The enemies want everybody to panic and ask for a refund," Huni said in an interview from South Africa earlier this week. "They see how many people we attract, so the competitors create rumours. We are not worried. We can't make everyone happy."

He refused, however, to provide the names of the competitors he says are trying to ruin his company's name. He says he is collaborating with an event company in Canada and is looking for a new venue for Jurassic Fest Montreal.

"When your price is affordable, you are a threat," Huni said. "I don't know if that's what creates enemies, but they have never been able to stop us."

The Canadian Press spoke with three other parents on Tuesday who all shared similar worries that the event won't happen. One of them, Nathalie Girard, said she bought six non-refundable tickets but never received any kind of receipt. The money was charged to her credit card, though.

Australian media have reported on accusations the company had allegedly falsely advertised dinosaur-themed and other events in that country since 2019.

Alexis Dorais-Joncas, a cybersecurity expert for the international internet security company ESET, said he found more than 50 look-alike websites for events advertised by Huni's company in cities such as Calgary, Edmonton as well as in the Australian cities of Brisbane, Adelaide and Sydney.

"All the sites are similar and it's hard or almost impossible to see who's behind them," Joncas said in an interview Tuesday. "There is no reliable contact information, no phone number, no way to speak to anyone directly. It raises red flags and makes me wonder whether it's legit or not."

The Canadian Anti-Fraud Centre said in an email Wednesday it has received reports about the dinosaur expo, "but at this point cannot confirm whether it is a scam or not."

Quebec's consumer protection agency, as well as the police Longueuil, Que., where Dix 30 is located, said they had not received formal complaints about the event.

"It is unclear who ticket buyers will turn to if they need to report the event," Sgt. Francois Boucher, a spokesman for the Longueuil police, wrote in an email. "Especially since the event is, for the moment, postponed and not cancelled."

Huni, however, is telling parents to relax, the dinosaurs will arrive -- at some point.

He says the reports of problems in Australia were also the work of unnamed competitors. Asked about the more than 50 look-alike websites found by ESET, he said he had no knowledge of them. He said he had created many websites in the past to avoid confusion between indoor and outdoor events, but not 50 of them.

"Dinosaurs are coming and people will be happy," he insisted. "The show in Montreal is coming and will happen. It's a world-class exhibition!"