Montreal and region set to get some warm, wet weather to start the week

MONTREAL -- Though the weather is set to stay warm in Montreal and the region when the months change from November to December, it is forecast to get a lot wetter starting Monday.

"An intense low pressure system will affect much of the province from Monday afternoon through Wednesday," reads the statement from Environment Canada.

Southern and central Quebec is expected to be hit with 20 to 40 millimetres of rainfall in addition to strong winds and much higher than normal temperatures.

The mercury could reach as high as 11 degrees Tuesday. 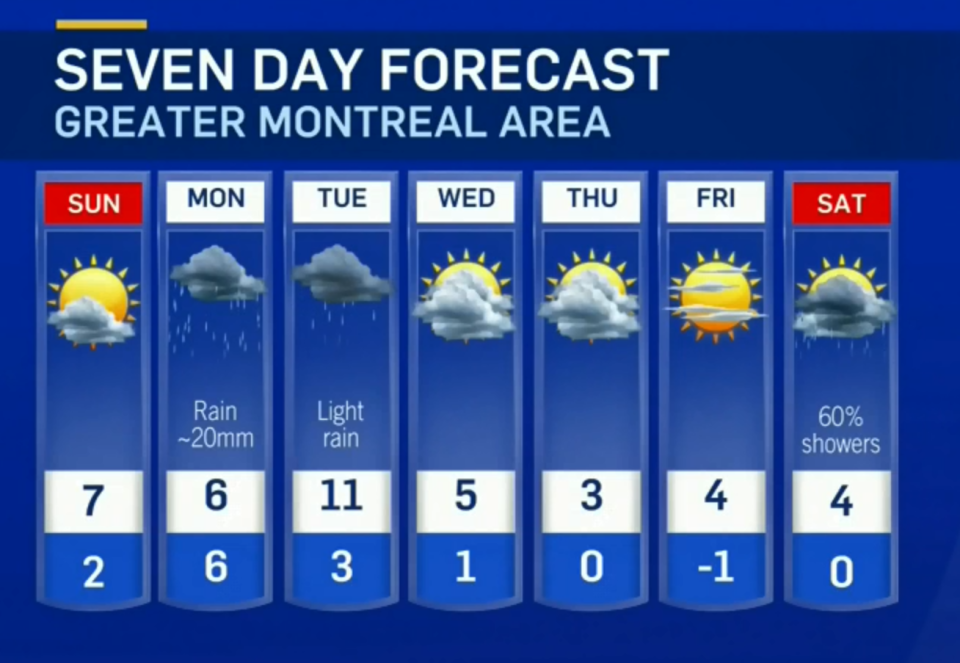 Eastern Quebec will get even more rain with the Gaspe Peninsula and North Shore expected to see between 50 and 80 millimetres between Tuesday and Wednesday.

"There too, strong northeast winds combined with poor weather conditions could cause breaking sea conditions in some areas," said Environment Canada.

Snow is forecast in the more northern regions of Quebec.