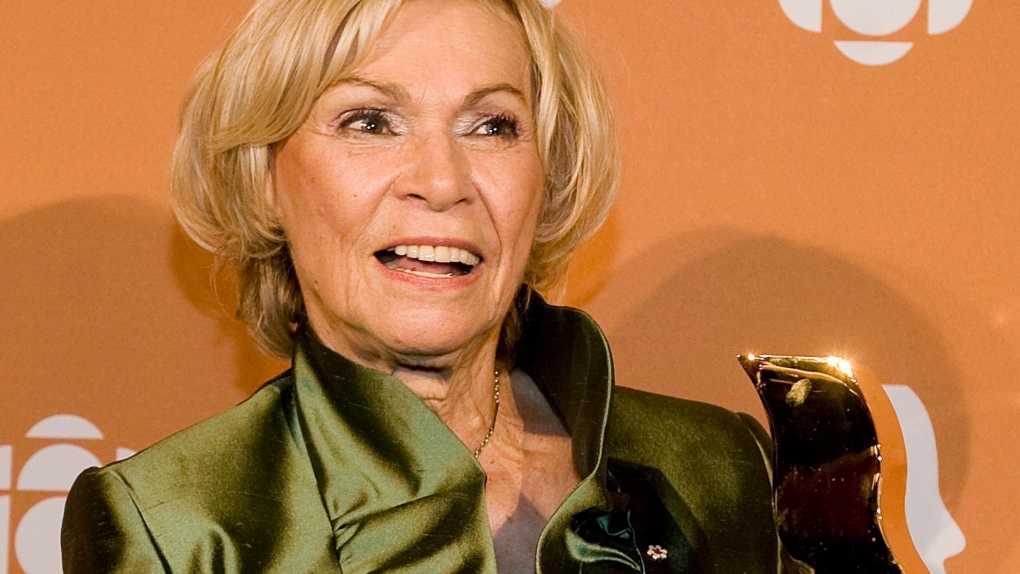 MONTREAL -- The news of the death of actress Monique Mercure, 89, on Sunday, sparked an outpouring of tributes from colleagues, friends and political figures.

Despite her eclectic career, it was at the theatre that the great actress “with the nature of a conqueror” remained anchored, says Theatre du Nouveau Monde (TNM) Artistic Director Lorraine Pintal, who has directed Mercure several times.

Pintal says that when Mercure won the award for Best Actress at Cannes for her role in J.A. Martin photographer (1977), she was onstage at the TNM rather than going to pick up her trophy. “The place I had to be tonight is in front of you,'' Mercure said to the audience who had given her a big round of applause.

Canada Council for the Arts Director and CEO, Simon Brault, has published a tribute to his longtime colleague on social media.

We’ve lost a great Canadian actress. Monique Mercure has had a profound impact on generations of Canadians. She helped promote Quebec cinema beyond our borders and her legacy will live on through her work. My thoughts are with her loved ones today.

Monique Mercure has left a "distinctive and indelible mark" on all the stages and screens she has graced, underlines Mr. Brault, who is also president of the International Federation of Arts Councils and Cultural Agencies (IFACCA).

“Fiery, brave and determined, she had verve and outspokenness that many feared,” wrote Brault who succeeded her at the head of the National Theatre School of Canada. “She also had a sense of humor and self-deprecation far too rare in a world that takes itself so seriously.”

Premier Francois Legault offered his condolences to the family on Twitter.

“Monique Mercure leaves us with unforgettable roles in the theatre, on the small, and on the big screen, and as much evidence of her immense talent and her vast register '', wrote the Minister of Culture, Nathalie Roy.

The new leader of the Quebec Liberal Party, Dominique Anglade, also commented on the sad event on her Twitter account.

“She leaves an immense body of work and her love for the stage will remain forever in the history of Quebec,'' she wrote.

In Montreal, Mayor Valerie Plante said that “onstage as on the screen, big or small, Monique Mercure has made us shine and has marked our imagination, our culture and our history.”

This article by the Canadian Press was first published May 17, 2020.