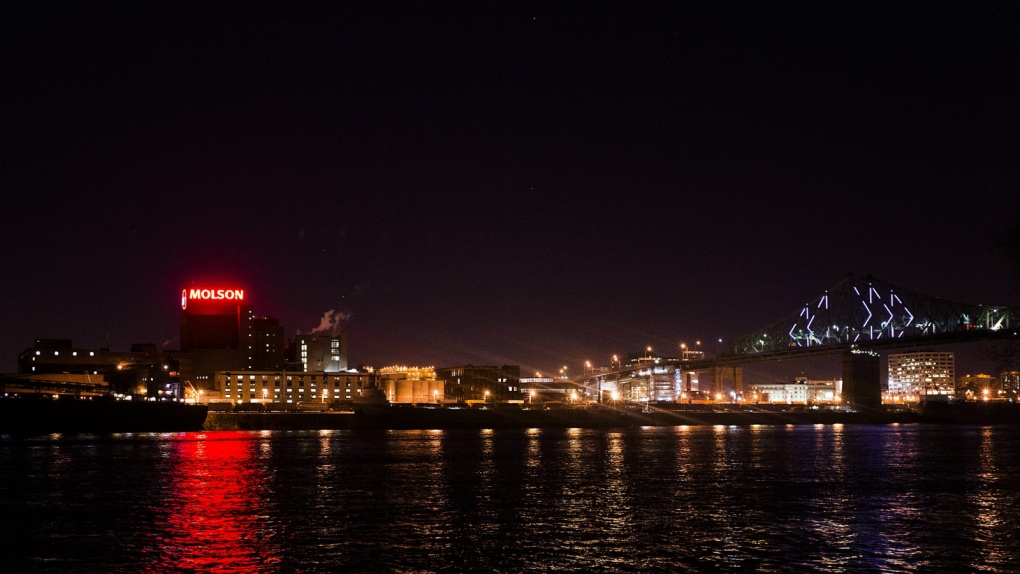 The Molson brewery building and Jacques Cartier bridge are shown at night on Monday, Feb. 20, 2017. (Graham Hughes / THE CANADIAN PRESS)

MONTREAL -- Molson will eliminate some 190 temporary and permanent positions in Quebec by the end of 2021 following the move of its brewery - which will be more automated - from Montreal to Longueuil on the South Shore.

The company made the announcement to its employees on Tuesday.

In an email, the company said that "innovation and new technologies" will allow Molson to improve its efficiency, which will mean that fewer employees will be needed for everyday activities.

The company said 87 permanent workers and 101 temporary employees will be let go as part of the restructuring, which will take place over the next 20 months.

Teamsters union spokesman Stephane Lacroix said that there are still several details to be clarified about the restructuring, which he said has left the union's members in limbo.

He said that the Teamsters represents some 500 workers at the Montreal brewery on Notre-Dame St. E. as well as at its distribution centre on Dickson St.

This report by The Canadian Press was first published June 2, 2020.