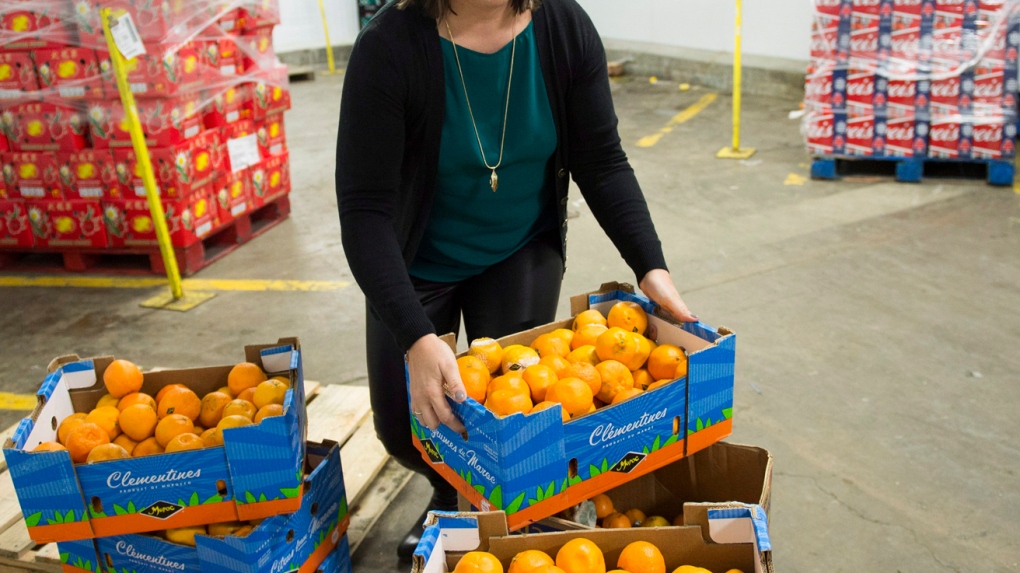 A supply of fruit at the Moisson Montreal distribution centre Thursday, January 28, 2016 in Montreal. (Ryan Remiorz /THE CANADIAN PRESS)

MONTREAL -- Moisson Montreal has distributed $29 million in food since the start of the pandemic, $8 million more than during the same period last year.

Employees and volunteers have had to work hard to meet the increased demand since mid-March.

In June, Moisson Montreal donated a total of 1,344,000 kilograms of food to its 250 accredited organizations, emergency homeless centres and other Moisson groups in the province – 40 per cent more than in June 2019.

At the start of the lockdown, many local organizations dedicated to food security were closed, but at the same time, new groups were created to deal with the food emergency generated by the job losses, said Rudi Svaldi, director of the Verdun Mutual Aid Network (REV), an organization accredited by Moisson Montreal.