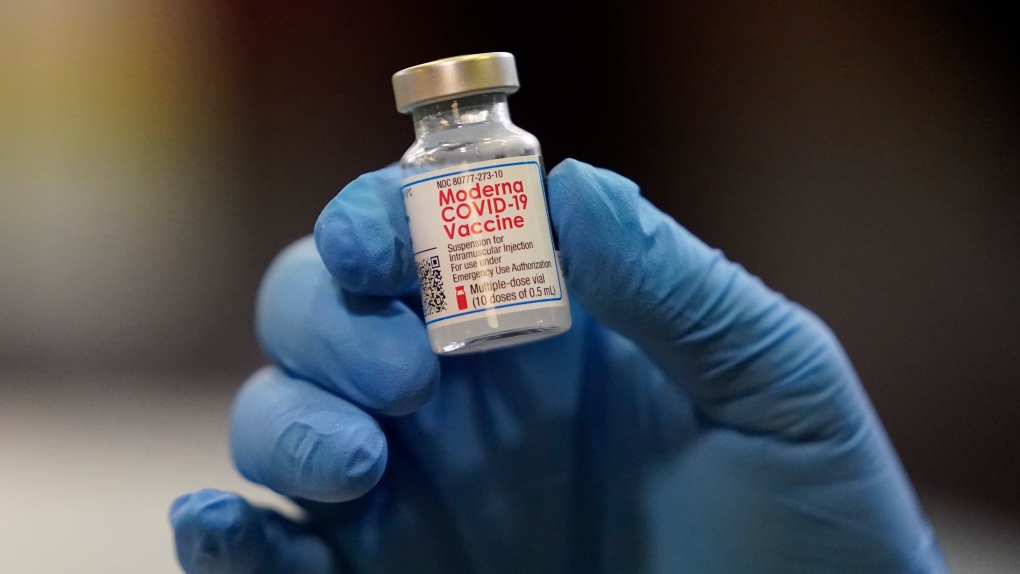 A vial of the Moderna COVID-19 vaccine is displayed at a pop-up vaccine clinic for EMS workers Center in Salt Lake City on January 5, 2021. Yukon Community Services Minister John Streicker says a Vancouver couple accused of flying to a remote Yukon community to get the COVID-19 vaccine will have to answer for their actions in a courtroom. THE CANADIAN PRESS/AP, Rick Bowmer

Montreal has won the race to host a Moderna vaccine production and research facility, a first in Canada, CTV News has learned.

The decision means the Montreal region will be the main beneficiary of millions of dollars in investment by the U.S.-based pharmaceutical giant.

The plan to come to Canada was announced last year, with both Montreal and Toronto announced as candidates for the centre's location.

On Thursday morning, Mayor Valérie Plante confirmed that Montreal was the winning city.

The city's "economic recovery" and "its dynamism" both played into the decision of the U.S.-based vaccine manufacturer, according to the mayor.

The Moderna facility will produce mRNA vaccines and research new ones, allowing it to respond faster in future health emergencies.

The facility will be the first one outside of the United States. It's expected to open in 2024 and hire between 200 and 300 people.

The federal government’s memo of understanding with Moderna, released last August, said the company will produce a minimum of 30 million doses per year to contribute to the Canadian chain of vaccine production.

“Canada will be ready,” Moderna CEO Stephane Bancel said previously. “We will be ready on Canadian soil to make in matter of months a new vaccine for a new emerging virus to protect the Canadian population.”

Bancel also said he hoped the facility will research and develop new vaccines to combat influenza, other respiratory viruses, the Cytomegalovirus, the Zika virus and HIV.

The Trudeau government sees the new facility as a way to make Montreal and Canada "an mRNA centre of excellence and a global mRNA research and development hub," it said in a statement.

The official decision will be announced this Friday by Premier Francois Legault and Prime Minister Justin Trudeau.

“We are delighted by the news of Moderna's arrival in Quebec," said Maxime Blanchette-Joncas, Science and Innovation Spokesperson for the Bloc-Quebecois, in a statement to CTV.

"We hope that this announcement, combined with the work of Medicago, will be the first of many."