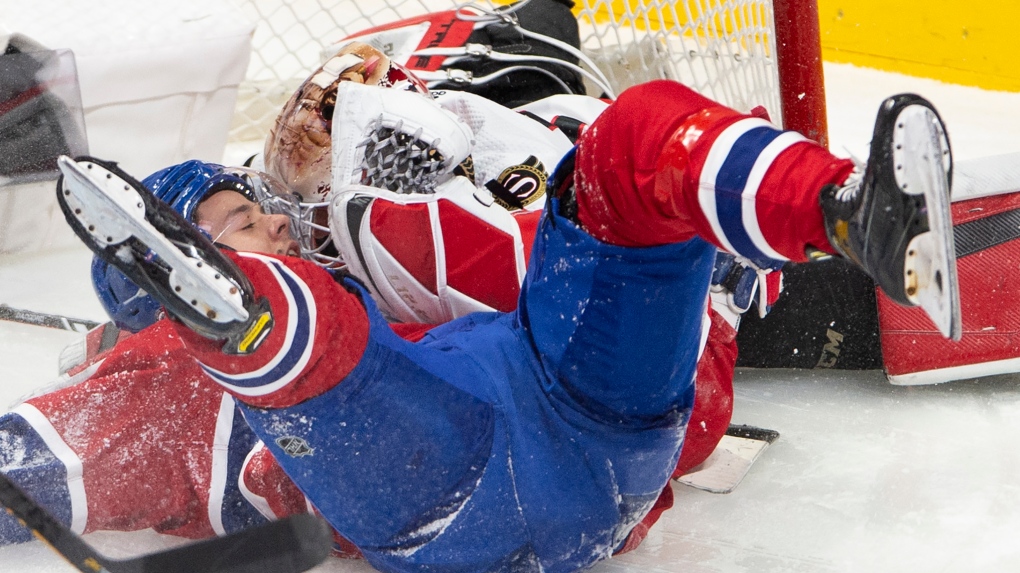 Jeff Petry and Brendan Gallagher, with a goal and an assist each, and Tyler Toffoli, into and empty net, scored for Montreal (10-6-5), which snapped a five-game winless streak.

Artem Zub replied for Ottawa (8-16-1). Joey Daccord stopped 30 shots in his second NHL start for the Senators, who fell to 3-2-0 against the Canadiens this season following Monday's 5-1 victory over the Calgary Flames.

The Canadiens entered on an 0-2-3 run and had just one victory over their last eight (1-4-3). Ducharme replaced the fired Claude Julien last week in the wake of consecutive shootout and overtime losses to the Senators in Ottawa.

Montreal blew a 3-1 lead before dropping a 6-3 decision to the Winnipeg Jets in Ducharme's NHL head coaching debut Thursday, but deserved a better fate in Saturday's rematch in the Manitoba capital -- a 2-1 overtime defeat that saw the visitors dominate play much of the night.

The Senators continue to occupy the North Division basement, but came into Tuesday having won six of their past nine games, with a 4-1-0 record over the last five contests, including overtime and shootout victories against the Canadiens in the nation's capital.

The Canadiens opened the scoring at 9:26 of the second period on their first power play of the night. Petry fed the puck down low to Corey Perry, who in turn found Gallagher in front for him bury his seventh goal of the season and snap Montreal's ugly 1-for-14 slump with the man advantage.

The home side got another power play off that sequence as Ottawa defenceman Erik Gudbranson was assessed a double-minor for high-sticking Gallagher in the face as he beat Daccord.

The Senators killed off the first two minutes of the infraction, but Petry then blasted a shot off the post and in at 11:30 for with his seventh of the campaign, and first in nine games.

Ottawa cut the deficit in half with 91 seconds left in the period on Zub's second when he fired low blocker on Price after Canadiens forward Joel Armia and Senators winger Tim Stutzle collided in the slot.

Price made a nice save earlier in the second on Batherson after he stepped around Alexander Romanov and tried a shot upstairs on the shortside.

Senators winger Austin Watson hit the post seven minutes into the third on his team's best chance to get the equalizer as Montreal could finally exhale with Toffoli's 13th into an empty net.

Ottawa had some good chances on an early four-minute power play in the first when Armia cut Erik Brannstrom with a high stick, but Batherson's shot off Price's near post was as close as the Senators would come.

Daccord, who made his only other start at the tail end of the 2018-19 season, stopped Romanov from the slot before making an even better save on Toffoli with the glove.

Notes: Petry's seven goals leads all NHL defencemen. ... The Canadiens were minus top-6 winger Josh Anderson (lower-body injury) for the second straight game. ... The Senators gave starting goalie Matt Murray the night off as Filip Gustavsson dressed as Daccord's backup. ... Stutzle was named the NHL's rookie of the month for February after registering three goals and seven assists in 14 games. ... Ottawa announced centre Derek Stepan, who was hurt in last Tuesday's victory over Montreal, has a shoulder injury that requires season-ending surgery.

This report by The Canadian Press was first published March 2, 2021.