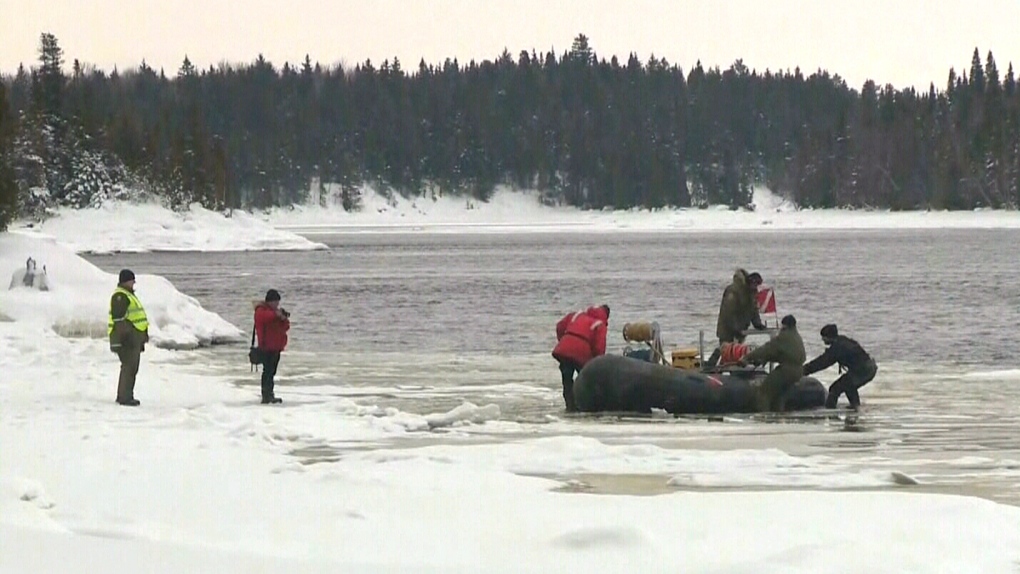 The SQ search continues for two missing men as two bodies and the seventh and final snowmobile were found that went through the ice.

MONTREAL -- The bodies of two of the four missing snowmobilers were found late Sunday afternoon in the waters of Lac Saint-Jean.

The bodies were found close to each other more than three kilometres from the original location of the searches, said SQ spokesperson Hugues Beaulieu.

The identity of the two victims is unknown.

The SQ also found the seventh and final snowmobile involved in the accident.

Two tourists remain missing as divers scour the bottom of the lake where the body of Gilles Claude, 58, was found Friday.

The group left the safety of the marked trail Tuesday night and went through the woods for reasons that remain unclear. They ventured towards the icy expanse of Lac-Saint-Jean, where the ice gave way somewhere between St-Henri-de-Taillon and Alma.

The search continued Sunday in a 10-kilometre area of the lake.

Guide Benoit L'Esperance from Montreal and eight men from France were on the trip. L'Esperance was pulled from the water Wednesday and died in hospital.

Two in the party saved another who fell in the water and made it to the shore to alert authorities.

In addition to divers, police are using drones, a helicopter and officers in boats and on the shore to search the area.

With reporting from The Canadian Press.