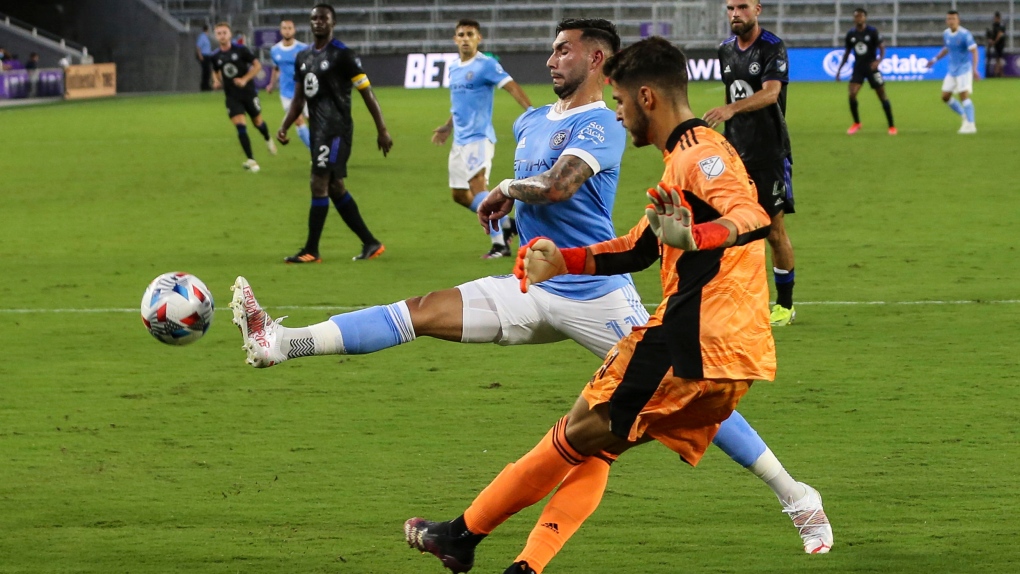 Montreal (5-3-4) is unbeaten, with three wins, in its last five games.

Quioto ran onto a through ball played by Djordje Mihailovic and beat goalkeeper Luis Barraza, who came off his line, for an empty-net goal to give Montreal a 2-1 lead in the 73rd minute.

Keaton Parks scored his second goal in two games in the 29th minute for New York City, and Mason Toye tied it from the penalty spot in the 43rd.

The Commissioner of Canada Elections' office says it has received and is reviewing information related to the allegations raised by the Conservative Party of Canada that now-disqualified leadership contender Patrick Brown's campaign violated federal election financing rules.

Dozens of people have been displaced after an intense, third-alarm fire on Vancouver's Downtown Eastside Wednesday night.