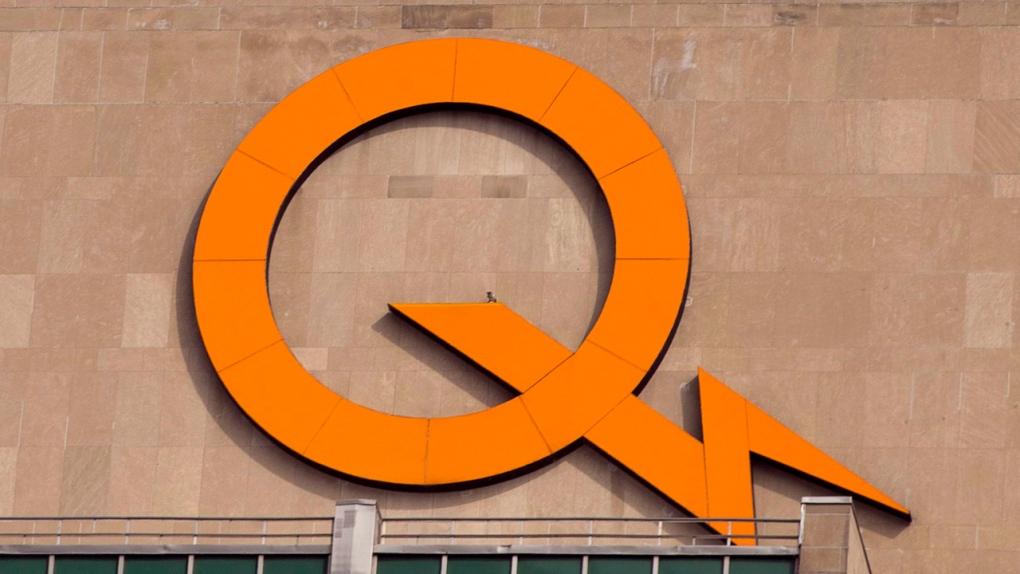 A Hydro Quebec logo is seen on their head office building Thursday, February 26, 2015 in Montreal. The government owned utility announced a net result for 2014 of $3.38 billion.THE CANADIAN PRESS/Ryan Remiorz