MONTREAL -- Loic Bydal is 17 years old and just graduated from high school, a feat that is set to be rewarded by the Quebec government, as his diploma came despite significant health setbacks.

Bydal's unique academic journey is one never achieved before in Quebec, as he completed his primary and secondary education from his room on the eighth floor of the Montreal Children's Hospital.

"It feels great," he told CTV News via Zoom. "I'm really grateful to be able to do that."

The teenager lives with Morquio syndrome, a rare genetic condition affecting a child's bones, spine, organs and physical abilities due to a lack of enzymes that break down sugar chains naturally in the body.

After surgery in July 2012, Loic lost the use of his legs and is now a paraplegic and is on a ventilator.

"It was stressful at first, in a new place, to get used to," he said.

Loic's father, Patrick Bydal said his son's condition has meant Loic has always been smaller than other children his age, and people always thought he was younger. His size, however, does not hold Loic back from leaving an impression with those he interacts with.

"He is really charismatic," said Patrick of his blond-haired, blue-eyed son. "People would talk with him and they were impressed. They thought that he was two years old, but he was like six or seven years old."

MEDAL OF THE NATIONAL ASSEMBLY

Loic will be given the medal of the National Assembly of Quebec after Liberal MNA Marwah Rizqy spoke about his achievement in the Salon Bleu Thursday.

"I was so impressed with this young man and his incredible story," said Rizqy. "Despite all of the challenges, he decided to go for it and reach his goal."

Rizqy said other MNAs approached her in tears after she told Loic's story.

Patrick said Loic loved sports and thinking critically since he was very young. Though he couldn't play soccer or hockey due to his condition, Loic watched and took part in a different capacity while his older brother Felix and younger sister Marilou were on the field or rink.

"He was not ashamed of it. For him, it was like a force," said Patrick. "He would go to the coach and give him tips. Loic, he loves sports, but he always knew that it was not possible for him to play sports." 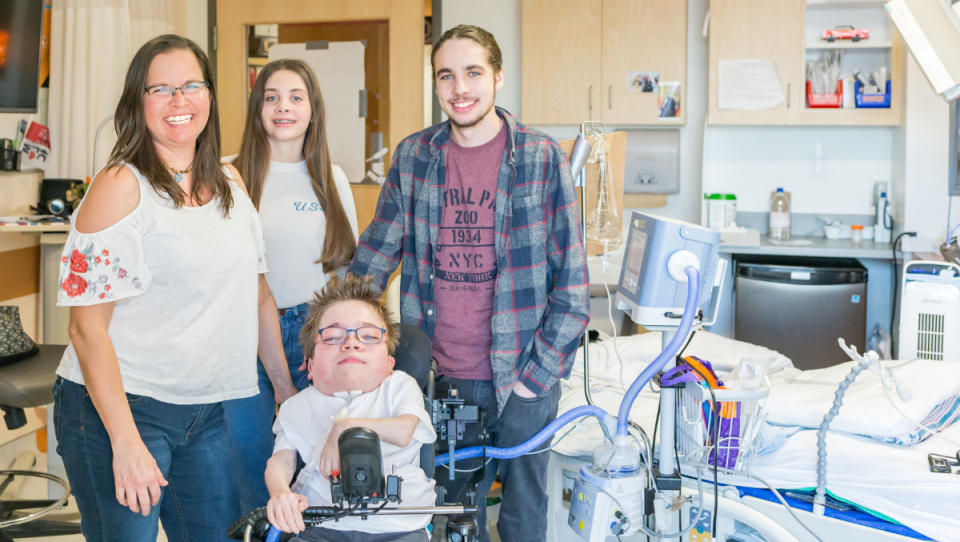 Loic was always popular growing up, and liked to play the coach, while his older brother Felix and younger sister Marilou played soccer or hockey, as Loic could not play his favourite sports. SOURCE: Anik Pilon

Patrick, who is also a teacher, said his son never used his condition as an excuse to hold back, and he picked up his education two months after he found out he was going to be in the hospital permanently.

"So he finished his primary school in the hospital, and now he's finished high school," said Patrick.

His favourite subject is math, and Loic now plans on studying computer science at CEGEP.

"It's a subject that I think is very useful for me, but also, I enjoy it," said Loic.

Loic plays the drums and piano with his father and mother Anik Pilon when they visit.

"We're really proud of him," said Patrick of his son who is very popular at the hospital, and counts NHL defenceman and Children's supporter P.K. Subban as his friend.

REALITIES OF LIVING WITH MORQUIO SYNDROME

Loic knows that his life expectancy is not as long as others, and never takes for granted what has been given to him.

Patrick said the family had a scary moment in the fall when Loic experienced heart arrhythmia, and nearly died.

The family also found out that he will need surgery in two weeks, which is always precarious and potentially fatal.

"We had a lot of good news this week, and a bad one at the same time," said Patrick.

Despite this reality, Loic continues living as he feels any teenager should.

"For him, it's what a normal life is supposed to be," said Patrick. "It's not because he has a hard time in life that his life is different that you have to live it differently. It's a kind of inspiration because we all have things in our lives that will stop us or discourage us." 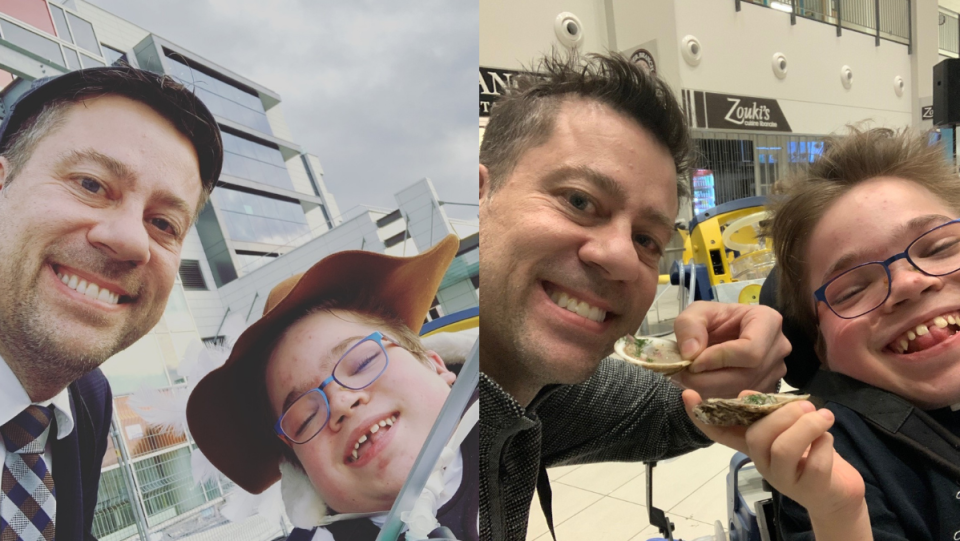 Loic has always been an inspiration to those around him as the 17-year-old with Morquio Syndrome has completed his entire high school education from his hospital bed. SOURCE Patrick Bydal

CONFINED FOR NEARLY A DECADE

One thing that everyone has had to deal with for the past year is confinement.

Loic, his father reminded, has been living in his room for a lot longer than a year.

"For him, there's no difference now," said Patrick. "We're just now experiencing what he's been doing for nine years."

Rizqy sees Loic's achievement as proof that, even though it's been a very tough year for many young people who have had to work through school in a pandemic, it is possible to get through hard times.

"I hope that everyone can read his story and see that we can make it," she said. "Even though it's going to be hard, we're just going to have to push a little bit to make it."

SMALL IN SIZE, LARGE IN SPIRIT

Loic told his father when he was young that though he was small physically, his real size was in his spirit.

Loic's advice was simple for those having trouble completing school or any other obstacle that is tough to overcome.