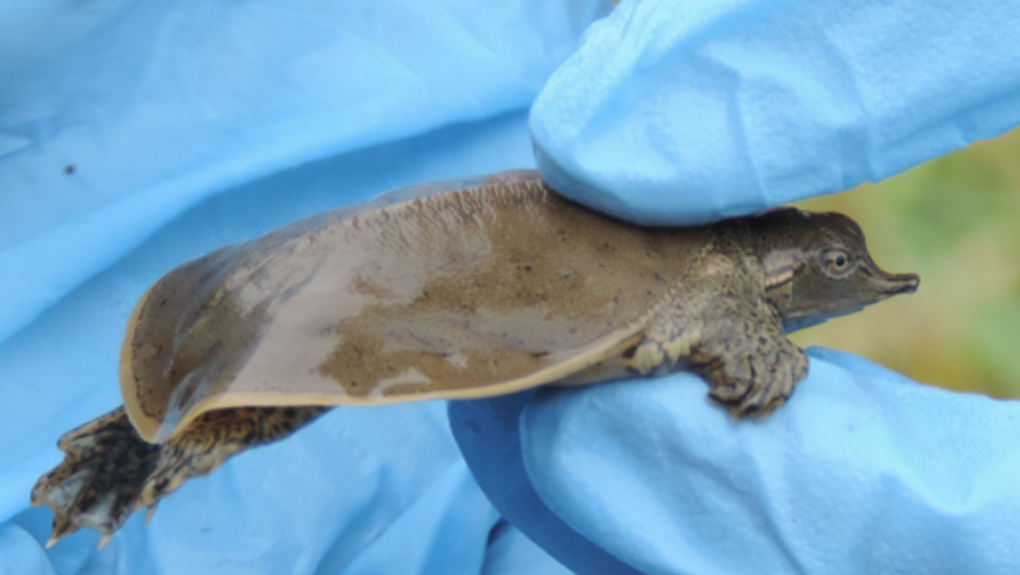 The spiny softshell turtle (Apalone spinifera) was moved from threatened to endangered on the Canadian Species at Risk list in 2019. The government has purchased land in Quebec's Eastern Townships in an attempt to protect the species. SOURCE: NCC

MONTREAL -- The Nature Conservancy of Canada (NCC) has partnered with Granby Zoo and others this week to purchase properties near Montreal they say are essential to protect the endangered spiny softshell turtle.

The NCC said in a news release that the two properties along the Riviere aux Brochets (Pike River), about an hour south of Montreal, "feature habitats essental to spiny softshell turtles."

The Canadian Species at Risk registry moved the spiny softshell (Apalone spinifera) from threatened to endangered in Februrary, 2019, and listed habitat and population fragmentation by infrastructure as a primary threat to the species.

In Quebec, the turtle is only found in the Lake Champlain area, though other populations exist in Ontario.

Through the purchase of the two properties (with an area just under five acres), the NCC is hoping to protect one of the few sites turtles lay their eggs.

"Telemetric monitoring conducted by the Granby Zoo, NCC's partner in this project, has shown that newborns of the species use this area," the release reads. 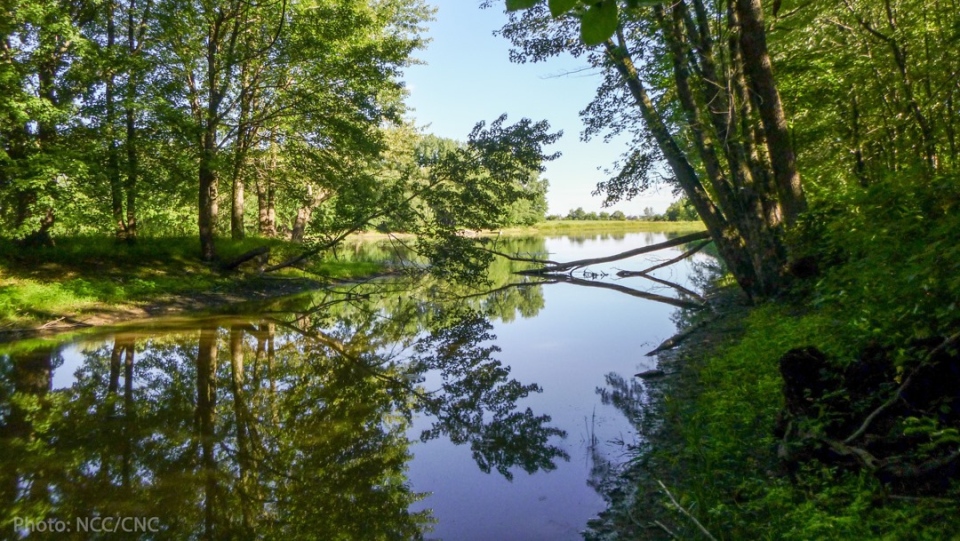 The NCC and Granby Zoo have teamed up to purchase about five acres of land along the Riviere aux Brochets where spiny softshell turtles are known to lay their eggs. SOURCE: NCC

“Even though this site is small, it is very important for the survival of fragile species, such as the spiny softshell turtle,” said NCC project coordinator Valerie Rene. "Rapid shoreline modification is one of the factors threatening its survival, and the shorelines on these two properties are among the few remaining natural banks on the Riviere aux Brochets.”

Our support of @NCC_CNC’s work in the Rivière aux Brochets area will conserve valuable riverfront habitat for #SpeciesAtRisk like the spiny softshell turtle.

The land was previously owned by the dairy-producing Gasser family and Jean Lapierre, and was sold to the NCC to conserve the habitats in the long-term.

“By protecting the spiny softshell turtle and its habitat, we are helping to preserve dozens of other plant and animal species that share the same natural environment. In this way, we are contributing to the preservation of biodiversity in southern Quebec,” said Granby Zoo conservation and research director Patrick Pare.