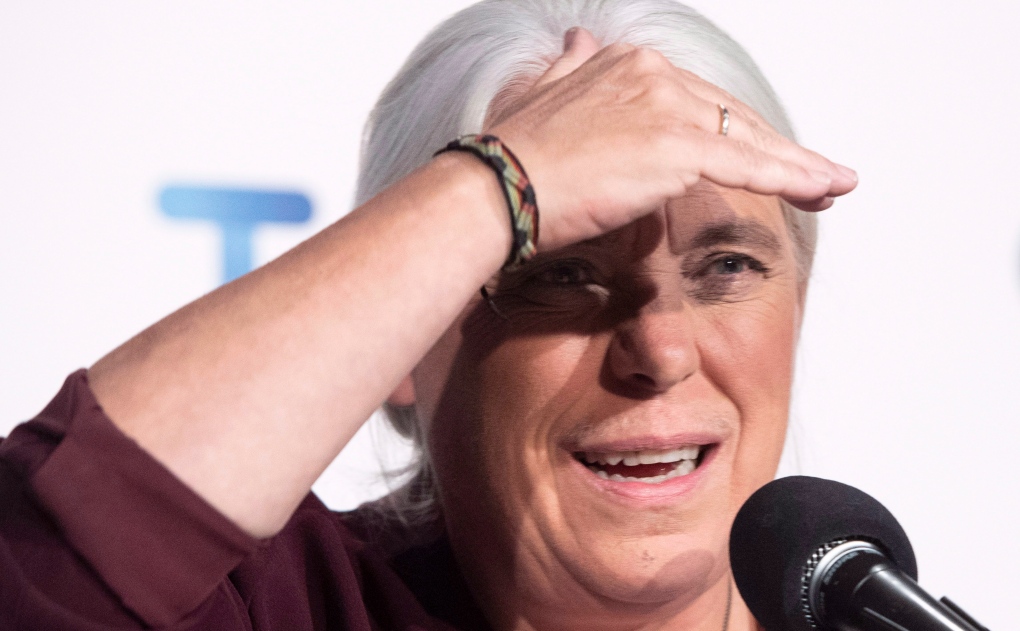 QUEBEC CITY -- Quebec Solidaire (QS) co-spokesperson Manon Masse announced that she will no longer be the parliamentary leader of the party as of the next parliamentary session.

She will pass the torch to Gabriel Nadeau-Dubois in September when the parliamentary session resumes.

She broke the news Sunday to QS members, who were gathered in a virtual national council.

The 57-year-old woman explained that she wanted to take a step aside because she no longer had the desire to be a candidate for Quebec Premier, nor to participate in the next leaders' debate.

Nadeau-Dubois is expected to take over as QS parliamentary leader after the summer break.

Masse praised the "passion, vision and energy" of her colleague.

She said she will remain the party's co-spokesperson and will seek a new mandate as MNA in 2022.

Masse was alongside Francoise David in the Option citoyenne movement, which merged with the Union des forces progressistes in 2006 to form QS.

She was first elected as an MP in the 2014 general election in the riding of Sainte-Marie--Saint-Jacques.

In addition to being the parliamentary leader of QS, she acts as her party's spokesperson on Aboriginal affairs, green transition and climate change.

A committed woman, Masse has been defending social justice and the rights of women, LGBTQ communities, refugees and immigrants for 30 years.

In 1995, she helped organize the Bread and Roses March, and five years later, the World March of Women. In 2011, she joined the humanitarian mission A Boat for Gaza.