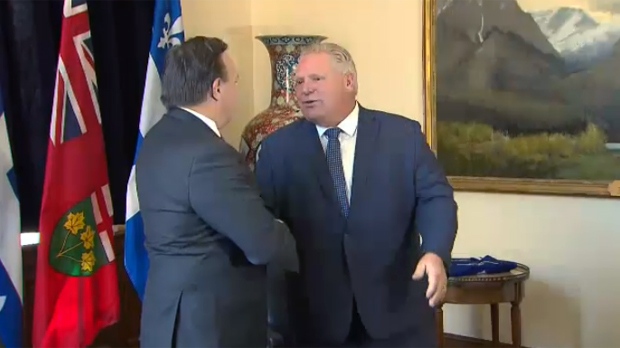 MONTREAL -- Quebec Premier François Legault is having dinner with his Ontario counterpart, Doug Ford, on Friday in Montreal, just a few days before all the provincial leaders meet in Toronto.

Ford had said the two will likely talk about ‘things they can agree on over dinner,’ implying they will not talk about Quebec’s controversial secularism law.

A spokesperson for Ford said instead, the Ontario premier plans to raise issues of national unity, health care, infrastructure and economic development.

Ford joked that the subject of electricity is likely to also be brought up, as Legault is still trying to sell it to Ontario.