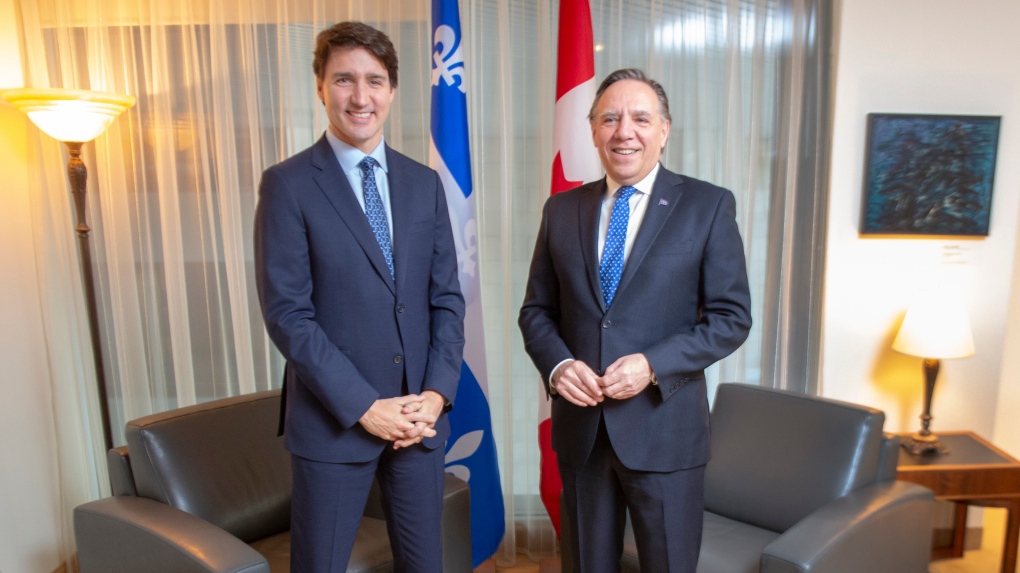 Patrick Dussault, 41, appeared at the Saint-Jerome courthouse on Wednesday and was released under certain conditions, after the Surete du Quebe (SQ) arrested him the day before.

The conditions included a ban on using social media, owning a weapon and attempting to contact Trudeau, Legault and Arruda.

According to the SQ, Dussault "threatened to cause death or bodily harm to the Premier of Quebec Francois Legault, and/or to the director of public health Horacio Arruda, and/or Prime Minister of Canada Justin Trudeau" through a third person.

He will be back at the Saint-Jerome courthouse on January 12.