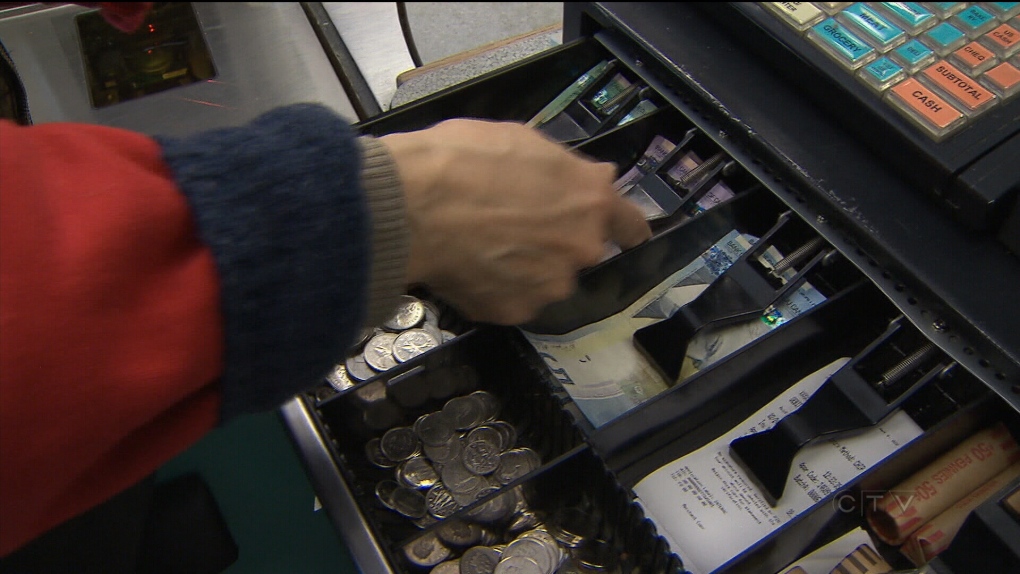 MONTREAL -- Cash transactions will be allowed in stores by limiting time and proximity between employees and clients and by handwashing after transactions, according to a document updated by l’Institut national de sante publique du Quebec (INSPQ) on Monday.

Since the general deconfinement of Quebec’s retail sector has allowed stores to reopen across the province, cash payments have now resumed in several of them.

The INSPQ says the presence of the COVID-19 virus has been shown to decrease rapidly on surfaces like copper, cardboard, plastic and stainless steel. There have also been no documented cases of transmission through money, credit cards or cheques.

Among its preventive measures, the INSPQ recommends limiting hand-to-hand exchanges of items like cards, coupons and cash – it favours contactless payment, ideally on surfaces that don’t have to be handled.

Employees should wash and sanitize their hands as often as possible – ideally, between each customer if they come into contact with objects handled by them.

INSPQ says the main way the virus is transmitted is through the emission of contagious microdroplets.

At the start of the COVID-19 pandemic, the Bank of Canada recommended for retailers to accept cash payments, saying the risks associated with handling money were no greater than those of touching surfaces like doorknobs or kitchen counters.

The pandemic has accelerated a trend that the Bank of Canada saw in 2017 – a survey on payment methods carried out that year revealed that just 33 per cent of transactions were made in cash, compared to 54 per cent in 2009. An investigation released in mid-May of last year by Interac indicated that wire transfers were more frequent than ever during the COVID-19 pandemic and that contactless payment was also on the rise.

In May, the Retail Council of Canada recommended that its members encourage contactless payment methods rather than requiring them.

This report by The Canadian Press was first published July 7, 2020.