'Putting them at greater risk': Benches used by homeless boarded up in Montreal metro station 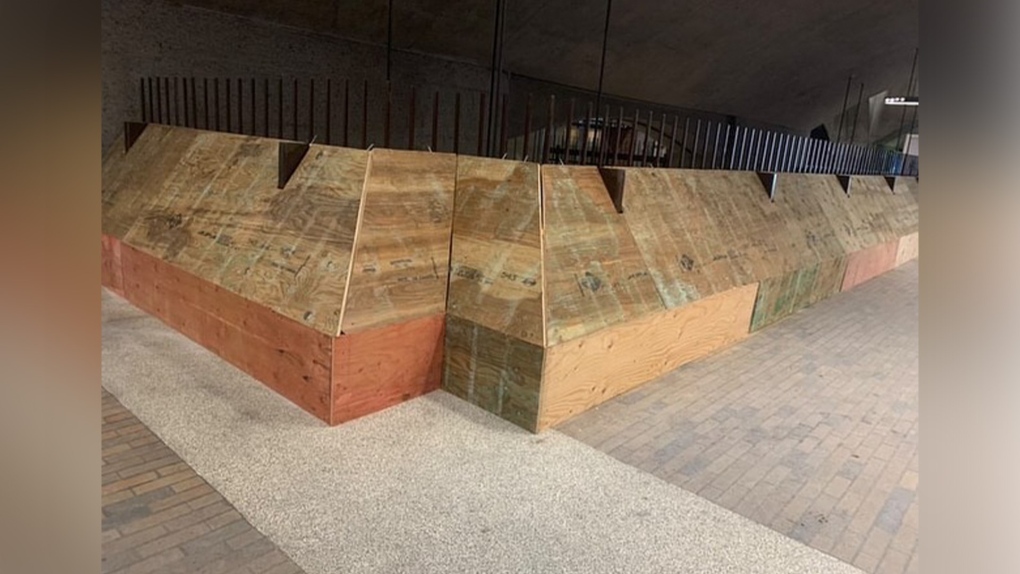 Benches frequently used by the homeless at the Bonaventure metro station are seen boarded-up on Wednesday, Feb. 17, 2021. (Ibrahim Mahmoud / Facebook)

MONTREAL -- Montreal’s public transit system has come under fire in recent days after benches commonly occupied by homeless people at Bonaventure metro station were boarded up.

Images of the boarded-up benches drew public criticism on social media, with some saying the city should be doing more to offer warm spaces to homeless people right now, not taking them away, especially with so many indoor spots off-limits in the pandemic.

“I couldn’t believe it,” said Benoit Langevin, a city councillor with the official opposition and the critic for homelessness and youth.

“These benches have been used for decades by homeless people.”

In a statement to CTV News, Montreal’s transit authority, the STM, said the boards were put up to “to allow for fluid circulation and [to] help respect sanitary measures.”

“It was put in place after observations and reports from employees and complaints from clients [were made] about the respect of the public health measures,” wrote an STM spokesperson.

"Less busy parts of the station are still accessible for homeless persons during the day."

But Langevin says it doesn't make sense to call any part of the metro system busy these days.

“We’re at 35 per cent of ridership. To say there’s not enough space makes absolutely no sense to me,” said Langevin.

The STM confirmed to CTV News that ridership was down 72 per cent at the end of January compared to the same time last year.

“They’re acting as if it’s a security risk. They’re putting them at greater risk... They’ll lose their dignity and sleep on the floor or go outside.” 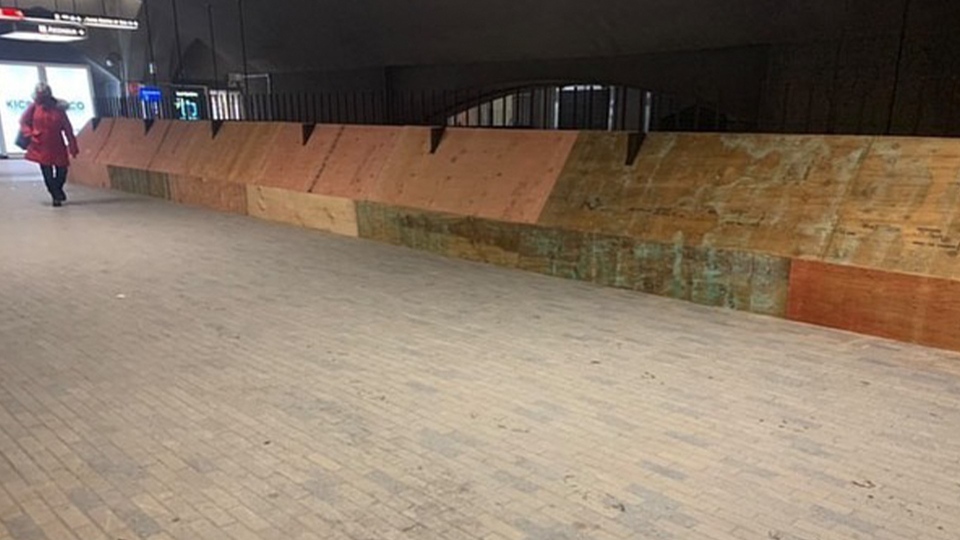 The wooden boards were put up on Wednesday, as wind chills brought evening temperatures down to minus 20 in Montreal.

The STM says the station overall remains open for the homeless, and that support workers are on-site to make sure homeless people have access to the metro.

“Bonaventure is among the stations visited by a front-line patrol team comprised of social workers and inspectors,” wrote the STM.

“Their role is to do prevention, provide assistance and leave no one out in the cold.”

Langevin said he’ll be asking the city to remove the boards at Monday’s city council meeting.