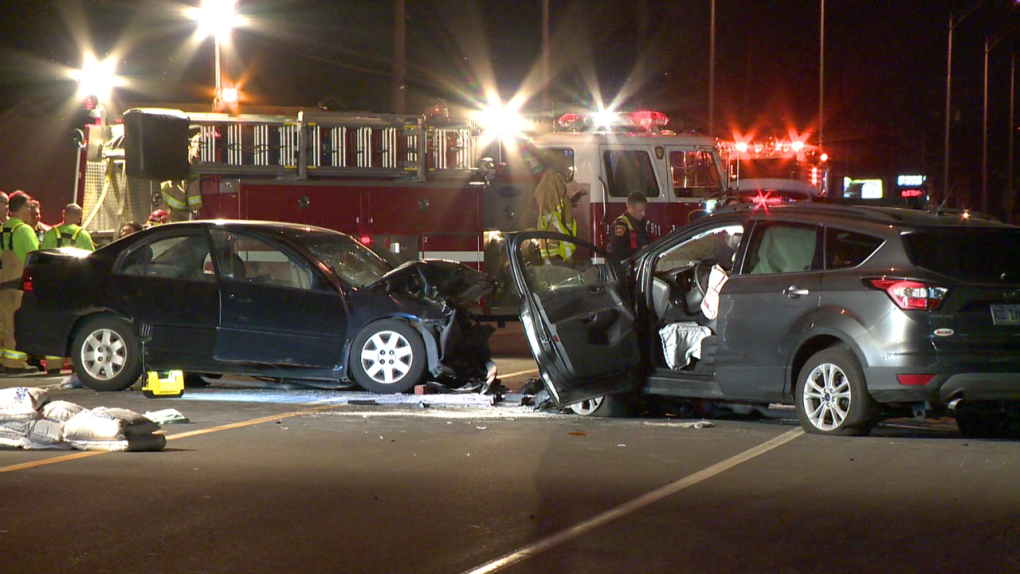 Three people were badly hurt when one driver veered out of his lane and rammed another car on June 18, 2019 (CTV Montreal/Cosmo Santamaria)

Police believe that a teenaged driver who veered into oncoming traffic and struck a car this week may have been using his phone while driving.

The crash happened in Mercier on Tuesday evening and has put a ten-year-old boy in a medically-induced coma.

Doctors said the boy is in critical but stable condition with substantial internal bleeding.

Two other women in the car that was hit suffered serious injuries.

Police have seized the teenager's cell phone and are analyzing to determine if he was sending text messages while at the wheel.

It's been illegal to use a cell phone while driving in Quebec for 11 years.

Last year the law was upgraded to ban the use of cell phones even while in hands-free mode.