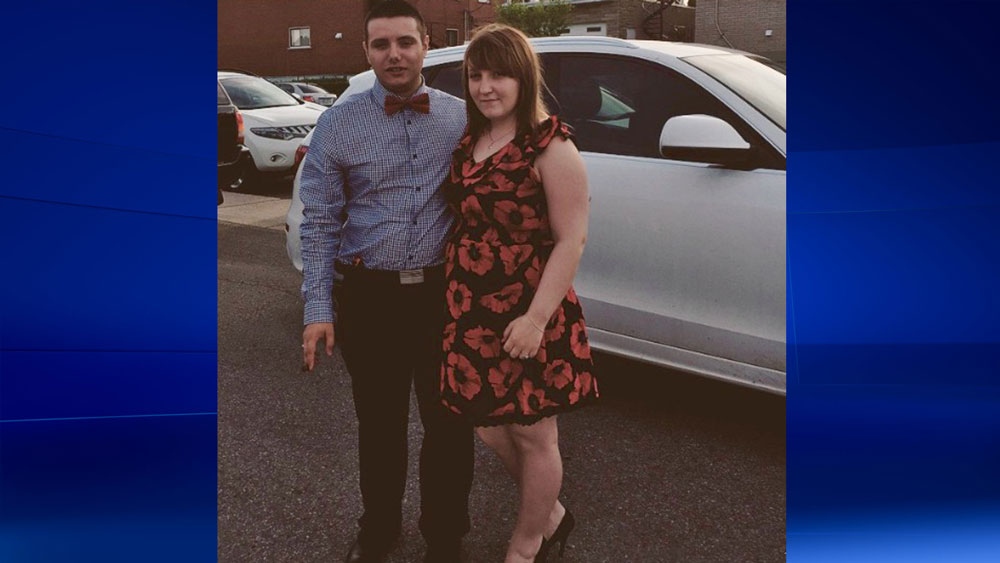 The accused, Nicholas Fontanelli, with the vitctim, Samantha Higgins.

Nicholas Fontanelli pleaded guilty on Tuesday to the second degree murder of his fiance, Samantha Higgins.

He also pleaded guilty to interfering with human remains.

Fontanelli and Higgins' mother reported her missing on July 7, 2015. Two days later, farmers found part of her body in a river near the U.S. border. Police arrested Fontanelli soon after.

According to an agreed upon statement of facts, Fontanelli admitted to his half-sister that he had strangled Higgins inside the apartment they shared. She was 22 years old.

A pathologist was unable to determine the cause of death with certainty.

His sentencing will take place on Oct. 22.