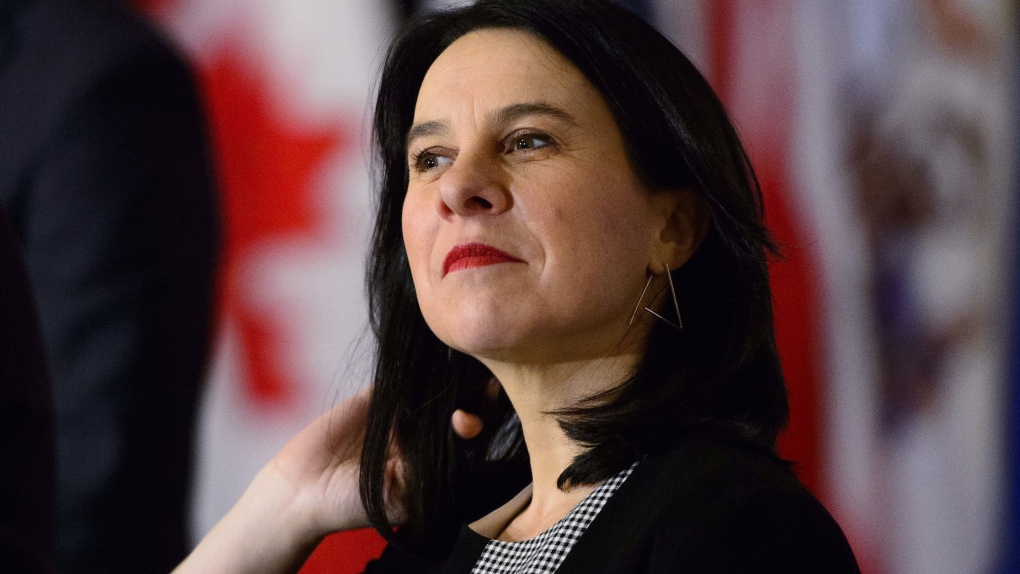 Montreal Mayor Valérie Plante, as seen in this file photo, said the project will highlight "the contribution of Montrealers from all walks of life, who have opened doors in areas where women were generally excluded." THE CANADIAN PRESS/Sean Kilpatrick

MONTREAL -- Montreal is set to get a new downtown public space to honour the women of Montreal, whether "known, unknown or forgotten."

“Today, we are highlighting the contribution of Montrealers from all walks of life, who have opened doors in areas where women were generally excluded,” said the mayor in a news release announcing the project.

“Through their vision, their convictions and their actions, they paved the way for other women.”

The square will incorporate green space and an art installation, imagined by artist Angela Silver in collaboration with design firm Lemay, featuring prominent women of the city’s history:

• Myra Cree (1937-2005), an author and radio and television host from Kanesatake known for her advocacy for Indigenous rights during the Oka Crisis. She became a member of the Order of Quebec in 2004.

• Jessie Maxwell-Smith (1920-2000), a well-known volunteer and teacher locally known as the ‘mother’ or ‘grandmother’ of Little Burgundy.

• Ida Roth Steinberg (1885-1942), a Jewish immigrant who arrived in Montreal in 1911, who founded a grocery store on St. Laurent in 1914. Originally staffed by her children, Steinberg grocery became a prominent Quebec grocery company.

• Idola Saint-Jean (1880-1945), a prominent feminist and central figure in the women’s suffrage movement, she was the first woman in Quebec to run as a candidate in a federal election.

• Harriet Brooks (1876-1933), an influential scientist known for her discoveries in atomic physics. She is regarded as the first Canadian nuclear physicist.

• Jeanne Mance (1606-1673), a French missionary and medic known as one of the founders of Montreal, and director of the Hôtel-Dieu de Montréal.

The 14 victims of the École Polytechnique massacre will also be memorialized in the installation.

West of Champ-des-Mars metro, another installation will pay homage to Marie-Josèphe-Angélique (1705-1734), a woman victimized by slavery who was accused of starting a fire that destroyed a portion of the city in 1734. She was executed following a trial by a biased jury.

A final plan for the project is expected sometime in 2021, with construction beginning the following year.