Movie-making in Montreal has its pros, cons 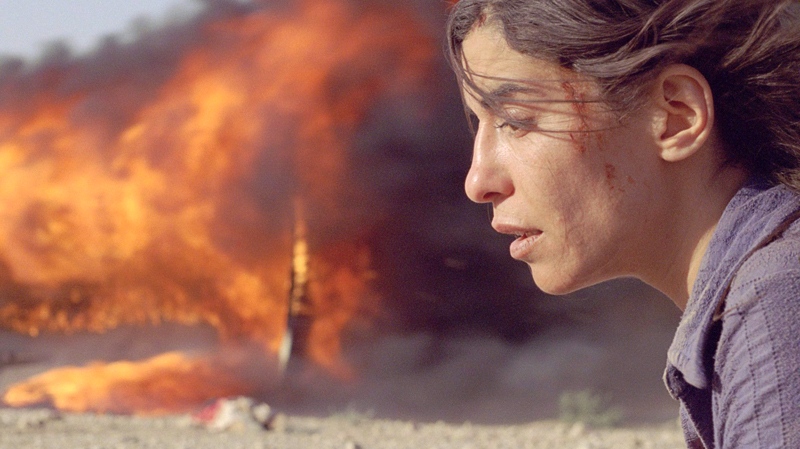 In almost 25 years as a location manager, Pierre Blondin has helped to transform Montreal and its suburbs into New York, part of Europe, New Jersey and New England cottage country.

Foreign filming in the city has been booming of late, spurred on by tax incentives, varied architecture, an endless appetite for online streaming and the presence of several top studios and visual effects companies specializing in post-production.

While few of the productions are actually set in the city, Blondin says it's been common for decades to "cheat" one location for another, usually for budget or scheduling reasons.

"The cheating is large scale...but you get away with it, because what matters in a film is the action," said Blondin, 61.

"If you're watching a film and looking at the background, it's because the storyline is very boring."

While its filming industry isn't as big as Toronto's or Vancouver's, Montreal's offers a variety of architecture that isn't found elsewhere, he says.

In particular, the architecture of parts of Old Montreal allows it to pass for parts of Europe, while other sectors of the Old Port and downtown are more reminiscent of New York.

Patricia Durocher, a location manager who works mostly with Quebec or Quebec-Europe co-productions, said she used Montreal and its suburbs in her latest movie to represent a number of U.S. states, including Kansas, Vermont, New Hampshire and New York.

"The Hummingbird Project," a story about two entrepreneurs building a fibre-optic line, is set to make its debut at the Toronto International Film Festival this year.

"A lot of production in the past couple of years is representing the States in general, especially suburbs, and the background in Quebec is really, really similar," she said.

But her biggest challenge, she said, was trying to find interior scenes to represent the Middle Eastern country of Jordan while filming Denis Villeneuve's 2010 Oscar-nominated drama, "Incendies."

"All of our architecture is so different from over there," she said.

"The light switches on the wall are different, and the construction materials they use, we don't have here."

In the end, she said, the illusion was achieved through a mixture of imagination and creative work on the part of the art department.

And if a match isn't perfect, there are always visual effects, which can be used to erase a couple of trees or add storeys to Montreal's buildings, which are shorter than New York's.

As location managers, Blondin and Durocher are involved at every stage of a production, including scouting locations, negotiating with property owners, setting schedules and ensuring everything is left in perfect shape.

And while the filming boom has given them plenty of work, both say it doesn't come without certain downsides.

Durocher says the big-budget American productions have pushed the price of location rentals so high that Quebec's homegrown French-language film and TV sector can barely afford to pay them.

"(The Americans) want something and they just buy it, whatever the cost is," she said.

"But when you need that same place, you're doing a local production, Mr. and Ms everyone doesn't understand the difference and want the same price."

She says American productions are also sometimes less respectful of the neighbourhoods they shoot in, which makes citizens reluctant to allow subsequent shoots.

But at the same time, she says the issue isn't black and white, because the local productions are also benefiting from the skills and of crew members who have gained valuable experience on American sets.

Blondin, who works mainly with American productions, notes for his part that it's becoming more and more difficult to find locations willing to accommodate the growing size of a production -- which can include 20 trailers and more than 100 crew members.

He's gone to great lengths to ensure local businesses and residents aren't bothered by filming, including ordering high-end gift baskets for every one of a hotel's guests, hiring shuttles to transport residents who have temporarily lost parking, and agreeing to do electrical repair work for a school that was being rented as a film set.

In the end, he said, citizens generally enjoy the process -- but it's getting harder to convince them ahead of time.

Blondin says that while he gets a lot of help from a team of workers at the City of Montreal and Quebec's film and television council, permits are getting harder to obtain over worries about parking, street closures or inconvenience.

For that reason, he says, it's unlikely that Montreal will ever film a major action movie such as "Terminator" or "Mission Impossible," because many authorities are too reluctant to agree to major street closures or the use of certain infrastructures.

He says he's hoping people will remember that, in the end, film and TV shooting results in a product that is enjoyed by millions, and that each production provides hundreds of jobs to Quebecers.

"You have to remember we're feeding families," he said.

"You have to be willing to make sacrifices for the economy, so people can make a living."