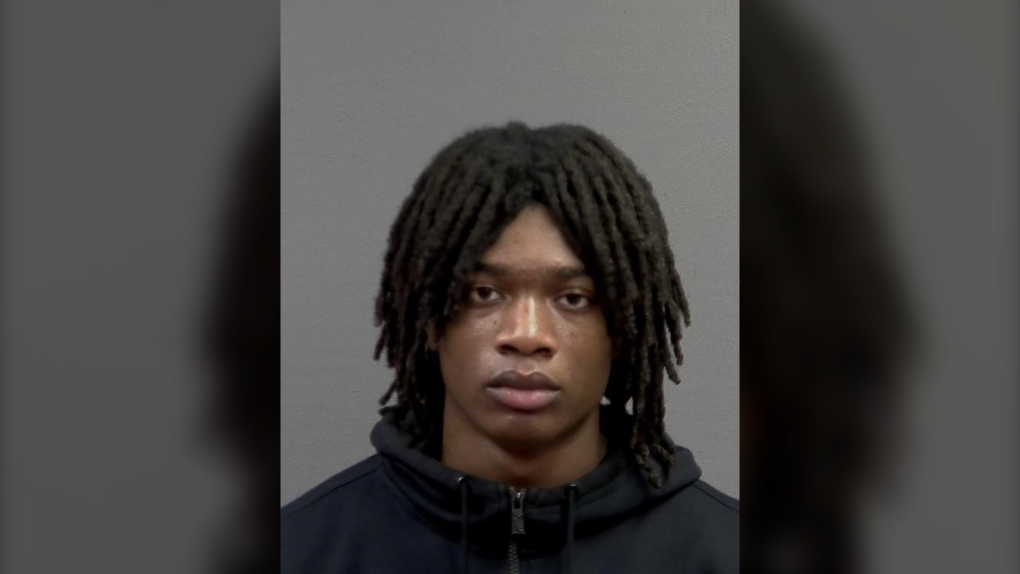 Montreal police are asking anyone with information on the whereabouts of Steve Napolean, 19, to call 911 or Info-Crime Montréal at 514-393-1133. (Source: Montreal police handout)

Montreal police (SPVM) announced Tuesday that they captured a fugitive they had been looking for since Jan. 22 in an apartment last Friday.

Steve Napoleon, 19, appeared in the Criminal Division of the Montreal Courthouse on several charges related to the possession of firearms.

He was wanted in connection with three drive-by shootings that injured people in January.

The SPVM reports that the search of the apartment on de Salaberry St. where the suspect was arrested resulted in the seizure of weapons, ammunition and drugs.

SPVM investigators had been on Napoleon's trail since Andrews Joseph Menard was arrested on Jan. 22 in a car that was travelling in the Villeray district. Napoleon was in the company of the 25-year-old suspect.

The SPVM is continuing its investigation into three attempted killings that occurred in Montreal North in the 24 hours preceding the interception of Menard on Jan. 22.

Russian forces are pounding the city of Lysychansk and its surroundings in an all-out attempt to seize the last stronghold of resistance in eastern Ukraine's Luhansk province, the governor said Saturday.

Minecraft YouTuber Technoblade has died at the age of 23 following a year-long battle with cancer, his family announced Friday.

Infection with HIV can accelerate aging within the first two to three years of infection, study says

Living with HIV may have an immediate effect on how your body ages, according to new research which showed that cellular aging was sped up within two to three years of infection.