Man accused of sexual assault in Montreal may have offended across North America: police 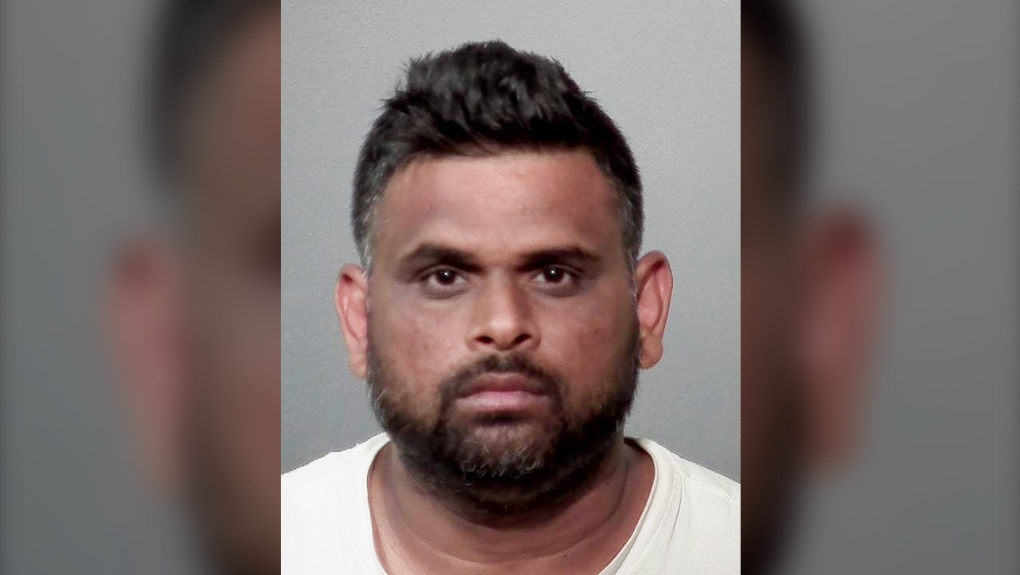 MONTREAL -- Montreal police (SPVM) investigators say they have reason to believe a man they arrested for alleged sexual assault may have committed similar crimes across North America.

The alleged crime took place on May 26 in Dorval on Montreal's West Island.

According to police, a woman, who was walking on André Street near Hymus Boulevard at 2 a.m., was attacked from behind with a blunt object.

"The accused sexually assaulted her and hit her several times in the head," police stated. "The victim managed to get away from the accused and contacted the police. She suffered several head injuries and was taken to hospital."

She has since been released.

"There are several indications that the suspect may have had other victims elsewhere in Canada and in the northern United States," police state.

The suspect is described as a 34-year-old male of South Asian or Indian descent.

He has short black hair and brown eyes.

The accused is expected back in court on June 23.

Anyone with information is invited to visit their local police station or contact the sexual assault line directly at 514-280-8502.

They can also anonymously and confidentially contact Info-Crime Montreal at 514 393-1133 or by filling out a form online.